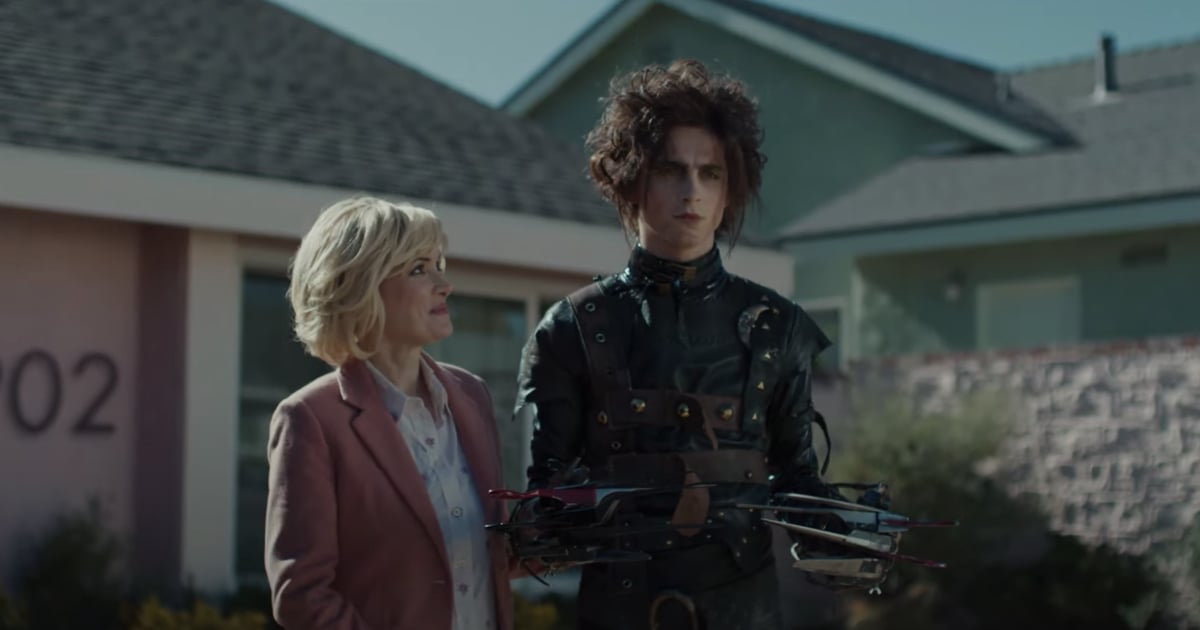 Did Cadillac just retcon the ending of Edward Scissorhands with their Super Bowl ad featuring Timothée Chalamet and Winona Ryder? Maybe, and you know what? We’re here for it. On Feb. 7, Ryder reprised her role as Kim Boggs with Chalamet as her and Edward’s son, Edgar Scissorhands. Imagining the suburban life Kim and Edward would’ve had versus the somewhat melancholy ending we originally got has us wishing this was more than just a 90-second spot for the Cadillac Lyriq.

Chalamet is the perfect addition to the Scissorhands family with his brooding looks and dedication to the craft. I don’t know about you, but I too would’ve risked it all for this man as Kim risked it all in the original film. Will this be the last time we see Ryder as Kim? Sadly, the answer is probably yes. In a 2015 interview with Entertainment Weekly, director Tim Burton had this to say about the possibility of a sequel: “Trilogies, and sequels, and octogoni. I get it. But for me, they’re usually just singular things.” Whether or not we ever get a real sequel, you can at least appreciate Chalamet and Ryder in the full video above.