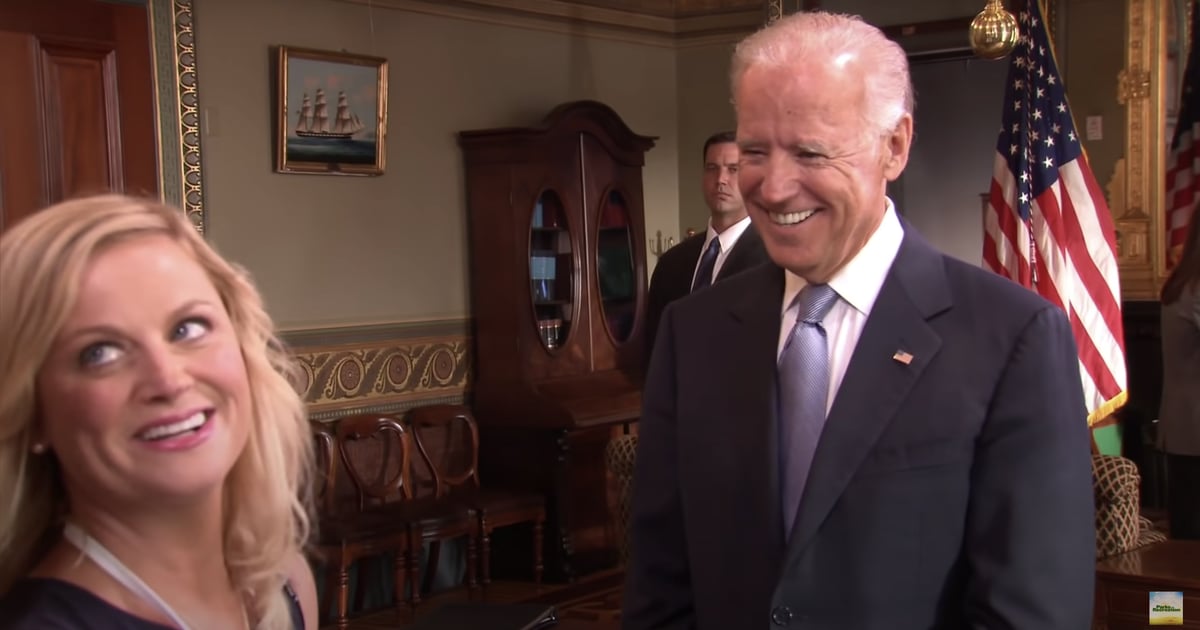 While we can only imagine Leslie Knope’s reaction to Joe Biden’s inauguration, we don’t have to imagine what it would be like for the pair to meet. During episode seven of the fifth season of Parks and Recreation, Ben Wyatt pulls off the favor of all favors by getting Leslie an audience with Biden. “This isn’t happening. This isn’t real,” Leslie says in the clip. “No, it’s happening and I’m delighted to have you here,” Biden responds before welcoming her on behalf of the president. In case you’re wondering, Parks and Rec‘s creator Mike Schur previously told SFGate that Biden “was a polished performer who needed little coaching.”

“I worked at Saturday Night Live for seven years and anytime a politician or athlete hosted, the one thing we knew for sure was that they wouldn’t be nervous, because they face scrutiny and pressure every time they talk,” Schur told the outlet. Another interesting tidbit about the clip: Leslie is shown debating with Ben about when they’ll move into the White House, with 2020 being a stretch. The episode aired in 2012, so maybe they knew something we didn’t. You can watch Biden and Leslie’s full interaction in the video above.