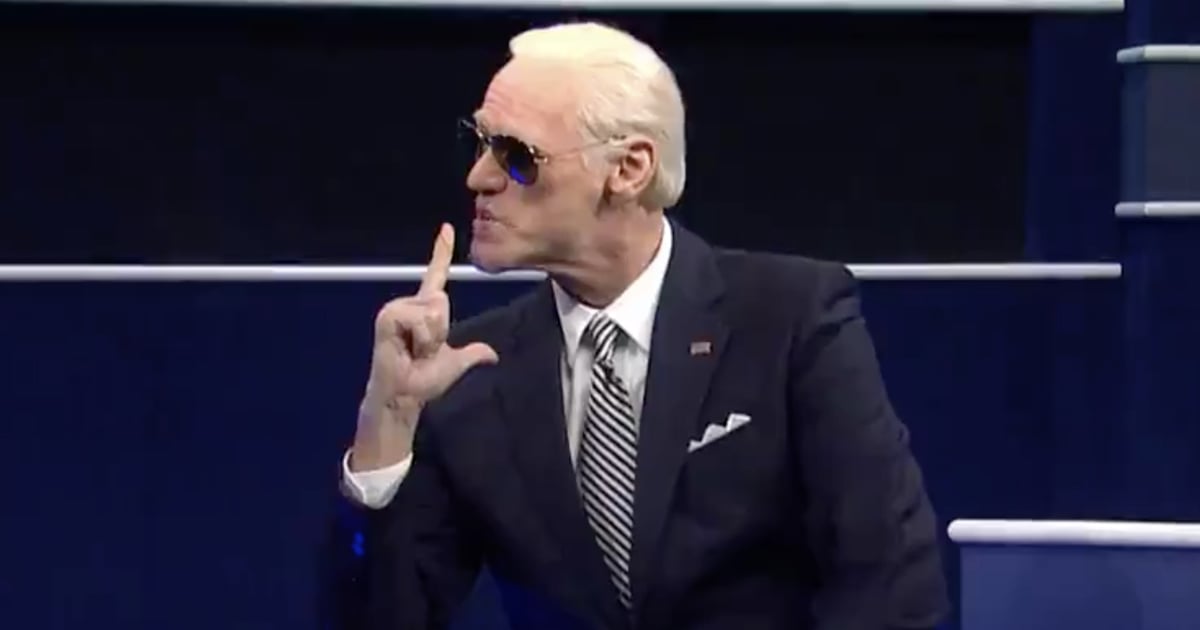 Ever since it was announced that Jim Carrey would be playing presidential nominee Joe Biden on season 46 of Saturday Night Live, we’ve been waiting anxiously, and the time has finally come. On Oct. 3, the comedian made his debut as Biden during the cold open, which parodied the first presidential debate between Biden and President Donald Trump on Sept. 29. Alec Baldwin and Maya Rudolph both reprised their roles as Trump and Kamala Harris, respectively, and of course, hilarity ensued as Carrey’s Biden and Baldwin’s Trump went head to head. The skit also included a surprise appearance from Harry Styles, who popped up as the voice of Biden’s meditation tape.

We can’t think of a better way to kick off the season and celebrate the show’s return to Studio 8H. Watch the cold open above now.