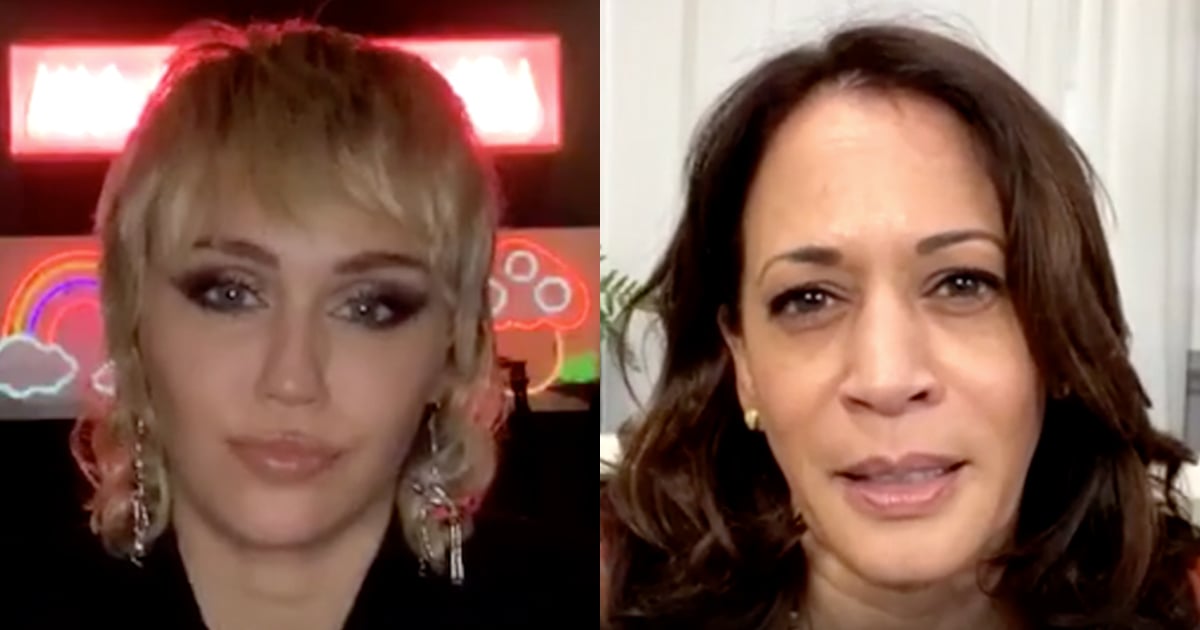 Miley Cyrus was the latest star to chat with Sen. Kamala Harris about politics and the importance of voting in this year’s presidential election. The 27-year-old singer — who recently teased her upcoming LP Plastic Hearts — interviewed the Democratic vice presidential nominee on her Instagram Live on Oct. 22 about how young people can make their voices heard come Nov. 3.

“I want young leaders to be at the table. Joe [Biden] wants young leaders to be at the table because the only way we’re going to strengthen as a country is if every voice is heard and respected,” Kamala explained. “The way that you use the power of your voice during elections is you got to vote. People will respond to and see who’s voting and then respond to their issues. That’s just the way it works, so people have to vote.”

“The way that you use the power of your voice during elections is you got to vote.”

When it came to discussing racial justice, Kamala made it a point to remind people that President Donald Trump has refused to say “Black Lives Matter” and declined to denounce white supremacists, while she and Democratic presidential nominee Joe Biden are committed to reforming the criminal justice system and requiring police accountability, as well as providing justice in healthcare, justice in education, and economic justice for people of color.

The conversation ended on a lighter note, with Miley asking Kamala what’s currently on her playlist and how she gets pumped up before she goes out on stage for the vice presidential debates. Watch their full conversation above now.