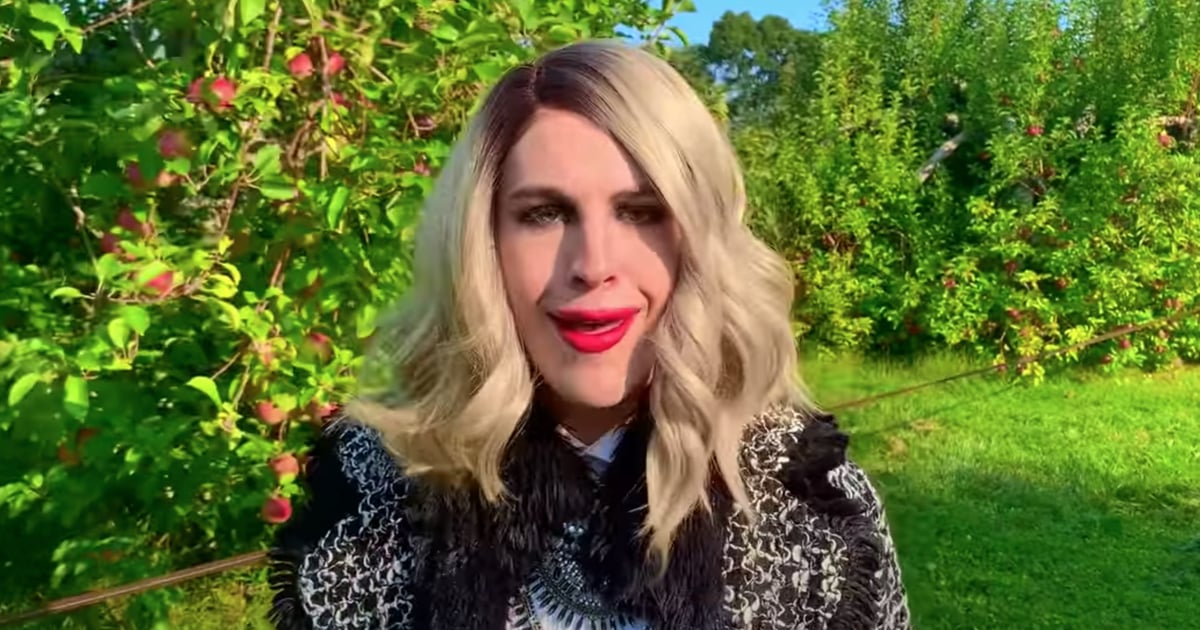 Moira Rose has finally gotten her time in the spotlight on Vogue‘s 73 Questions video series — well, sort of. YouTube star Michael Pavano recently shared a parody in which he impersonates the Schitt’s Creek icon being interviewed by the fashion publication, and we must admit, he nailed every single detail, straight down to Moira’s peculiar accent and signature bright-red lipstick.

Pavano begins the video by mimicking Moira’s unforgettable Herb Ertlinger fruit wine commercial, reciting the script while waltzing through an apple orchard and even flawlessly executing her absurd pronunciation of the word “crabapple.” The video then transitions into the Q&A bit, with the cameraperson asking “Moira” a handful of inquiries about her favorite quote, song (“Danny Boy,” obviously), and wig. But they only make it through a handful of questions before a sweater-clad “David” shows up, and things take quite the turn. The two then struggle to find their way out of the apple orchard — which turns into a corn maze at one point — and plenty of dramatics and meltdowns ensue, as one may expect of the mother-son duo.

Watch the hysterical spoof above to see Michael in action as Moira, and if you’re still in the mood for more “pettifogging” after, watch this other Moira impersonator (who just so happens to also be named Michael) mimic the Rose family matriarch.