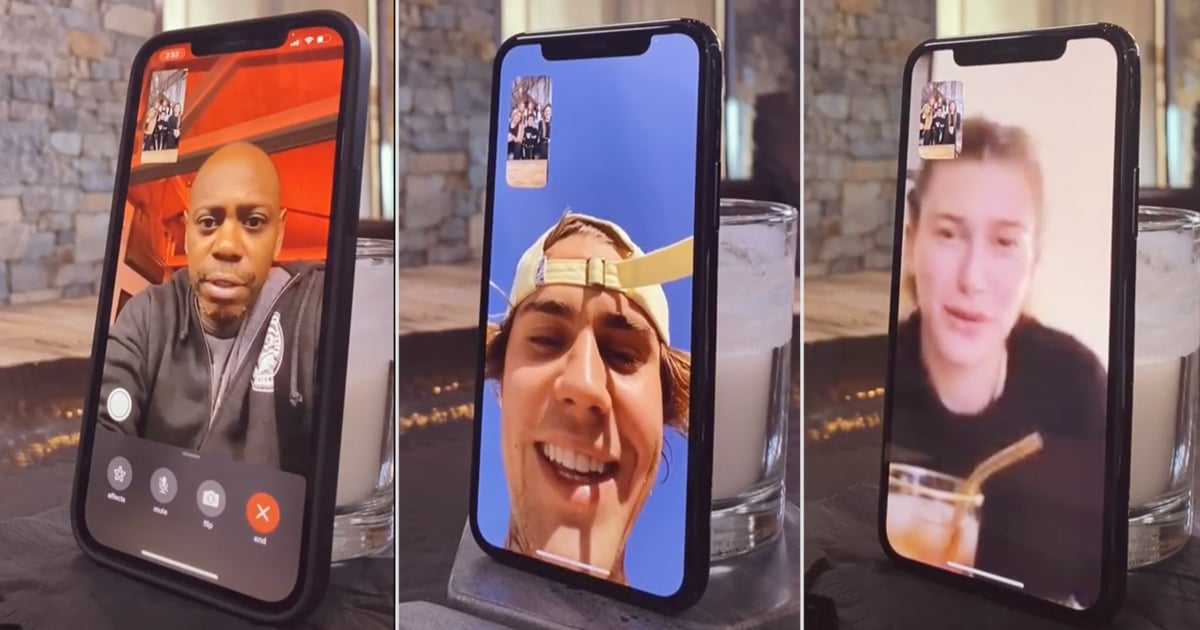 The Kardashian-Jenner clan decided to have some fun with their famous friends on FaceTime, and it’s quality content. On Dec. 3, Khloé Kardashian shared an Instagram clip of her sitting alongside Kris, Kourtney, Kim, Kendall, and Kylie as they give their celebrity companions a ring. But it’s not your average FaceTime call; instead of greeting their pals, the family sits still with serious facial expressions, not saying a word. Needless to say, the folks on the other end are confused as heck.

Tristan Thompson — Khloé’s boyfriend and the father of their daughter, True — first answers the call with a resounding, “Oh, hey!” before he’s taken aback by their somber faces. Travis Scott — who shares daughter Stormi with Kylie — picks up, asking, “What’s going on?” then immediately shouts “Bye!” because, apparently, he pegged their shenanigans in a matter of seconds.

As for Justin and Hailey Bieber, they seem confused more than anything. “Hey, guys,” Justin says. “This is — what is happening?” In a separate clip, Hailey answers the FaceTime call while eating and, after a few seconds of awkward silence, says, “Hello?” But perhaps the most hilarious reaction is Dave Chappelle, who just yells “Holy sh*t!” Like I said: quality content. Watch the Kardashian-Jenners prank everyone in the video above!