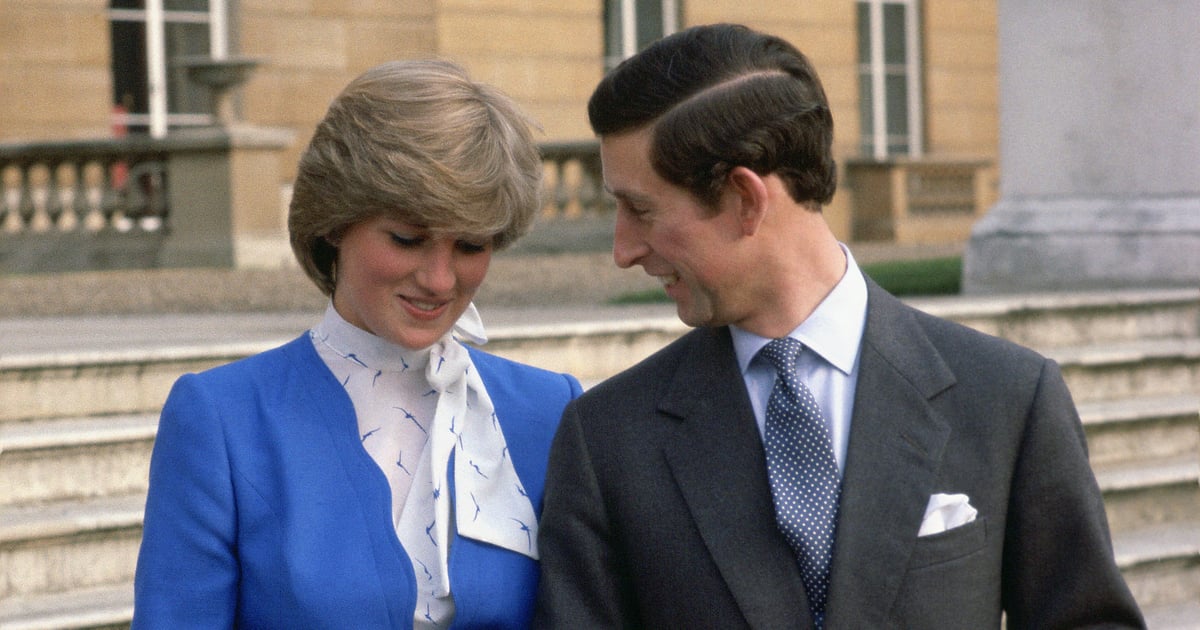 When Princess Diana and Prince Charles’s engagement photos first appeared in 1981, they looked like the perfect picture of a young royal couple. The pair posed in the gardens of Buckingham Palace, with Diana in her signature blue (matching her eyes and her now-iconic sapphire engagement ring), and both of them were all smiles for the cameras. Of course, as The Crown shows and as we all know from real life, the truth was a little bit different.

Just like their fictionalized versions, the real Charles and Diana really hadn’t been dating all that long when they became engaged — only about six months. The Guardian reported, at the time of their engagement, that Charles proposed in early February of 1981, right before Diana had a vacation planned.

“She had planned to go to Australia quite a long time before anyway with her mother and I thought ‘well I’ll ask her then so that she’ll have a chance of thinking it over when she’s away and saying I can’t bear the whole idea – or not, as the case may be. But in fact [she] accepted,” he revealed, before Diana added, “More or less straight away!”

They announced their engagement formally on Feb. 24 and held a press conference and photo session at Buckingham Palace. While the photos from that press conference are the ones that have been most closely associated with the engagement, they’re not the only ones that were taken: Lord Snowdon — aka Antony Armstrong-Jones, Charles’s uncle and Princess Margaret’s ex-husband — also photographed Diana for Vogue. Those photos were exclusives for the magazine, but you can see the iconic images from Diana and Charles’s first press conference as an engaged couple in the gallery ahead!