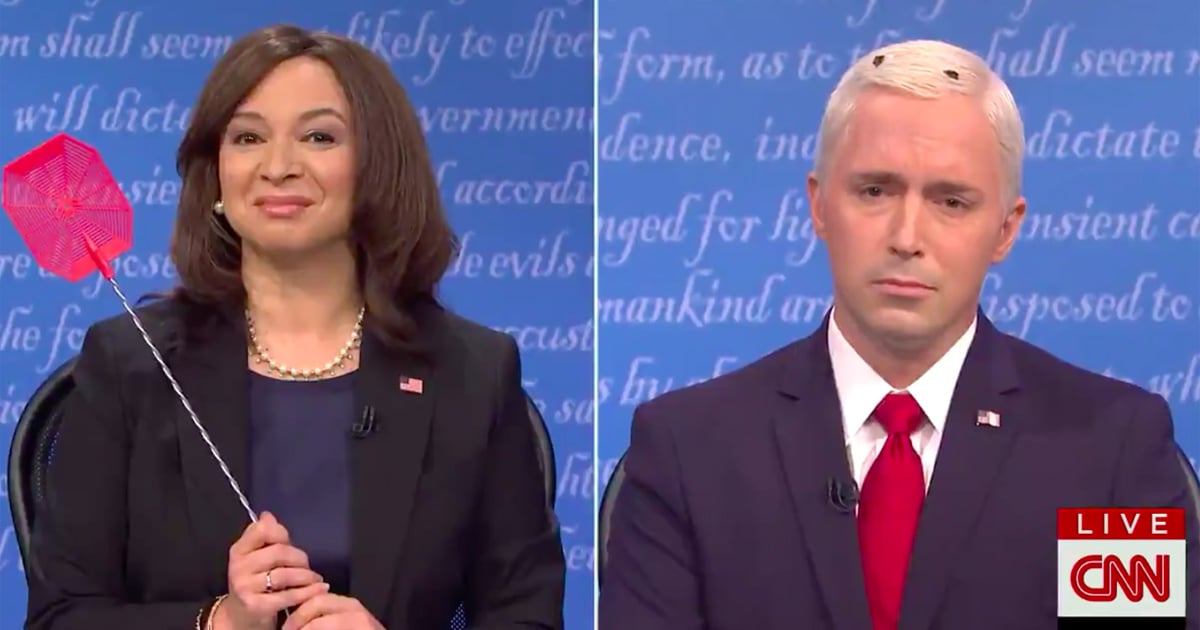 Maya Rudolph is back at it again with her hilarious Kamala Harris impressions on Saturday Night Live. On the Oct. 10 episode, the comedian channeled the vice president nominee during the cold open, which parodied the vice presidential debate between Harris and Vice President Mike Pence on Oct. 7. While Beck Bennett offered a few laughs as Pence, Rudolph really stole the show with her perfect side eye and witty one liners. Seriously, just give her an Emmy now! The skit also included a special appearance from Jim Carrey as Joe Biden, who helped explain that buzzy fly moment from the debate. Catch a glimpse of the skit ahead.