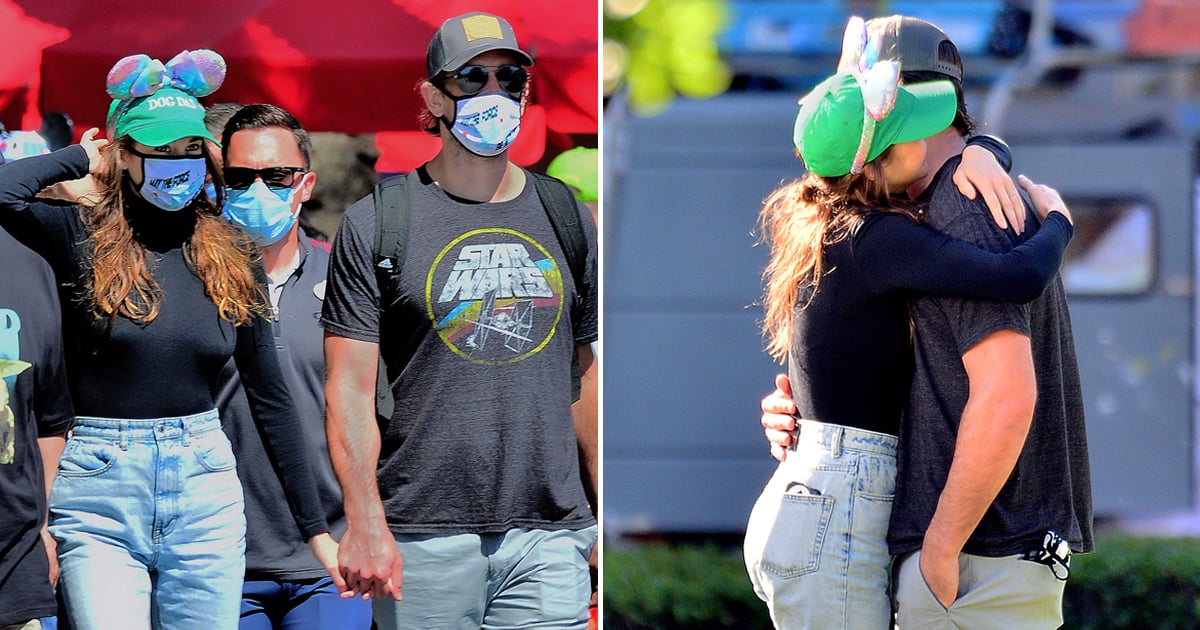 Shailene Woodley and Aaron Rodgers appear to be getting more comfortable showing off their romance. After enjoying a date night in Hot Springs, AK, last month, the couple made a trip to Disney World in Florida over the weekend. Shailene and Aaron looked smitten as they held hands and cuddled up to each other. Not to mention, they both wore matching Star Wars-themed face masks that paired perfectly with Aaron’s T-shirt.

The 29-year-old actress also showed support for her 37-year-old fiancé when he guest hosted Jeopardy! on Monday night. In a video on her Instagram Stories, Shailene said she had a “very important announcement to make.” While turning the camera on Aaron, she added, “This guy right here is super sexy, super attractive . . . just shaved his neck this morning. Has a little man bun growing. This guy is hosting Jeopardy! tonight!”

Aaron surprised us all when he announced that he was engaged during the NFL Honors ceremony on Feb. 6. At the time, the Green Bay Packers quarterback did not reveal the name of his fiancée, but People later revealed that it was Shailene. The actress then confirmed the engagement herself during an appearance on The Tonight Show Starring Jimmy Fallon, saying, “It’s kind of funny. Everybody right now is freaking out over it, and we’re like, ‘Yeah, we’ve been engaged for a while.'” While she didn’t reveal when they got engaged exactly, Shailene said they met during the pandemic. She also gushed about Aaron, calling him “a wonderful, incredible human being.” See more of Shailene and Aaron’s Disney World date ahead.