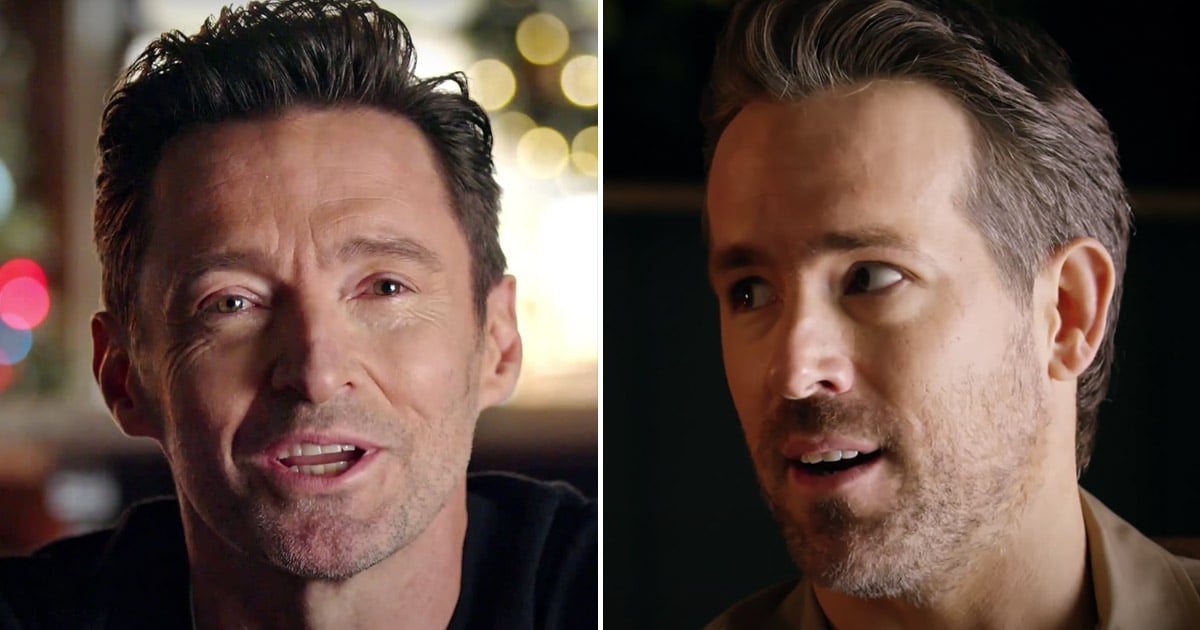 Ryan Reynolds and Hugh Jackman’s faux feud has raged on for over a decade, but the actors are officially setting their differences aside for the holidays. On Nov. 10, Ryan and Hugh teamed up for a new Sam’s Club holiday commercial to raise money for charity together (and I say “together” loosely). “You know, they say the holidays are a time for forgiveness,” Ryan says at the start of the commercial as he and Hugh sit awkwardly far apart in front of a cozy fireplace. Are they social distancing or do they just refuse to sit any closer to their sworn “enemy”?

Throughout the holiday season, registered Sam’s Club members can vote whether they want to side with Hugh and support the Laughing Man Coffee Foundation, which helps support coffee farming communities worldwide, or side with Ryan and support the Sick Kids Foundation, a Canadian organization fighting for the health and well-being of children. Anyone who wants to prove “Ryan is the canned cranberry sauce of human beings,” can vote for Hugh on the Sam’s Club website or purchase a box of Laughing Man Coffee. And those who agree with Ryan’s sentiment that, “like mistletoe, Hugh just makes things awkward,” can vote for him on the site or purchase a bottle of Aviation Gin.

Purchases and online votes will be counted equally through Dec. 20. Once all the votes are in, five lucky winners will be chosen to have a virtual hangout with Ryan and Hugh in January 2021 and invite one guest. But all participants do have to be at least 21 by the time of the hangout, so make sure you read up on all of the official rules, and check out the full commercial above.