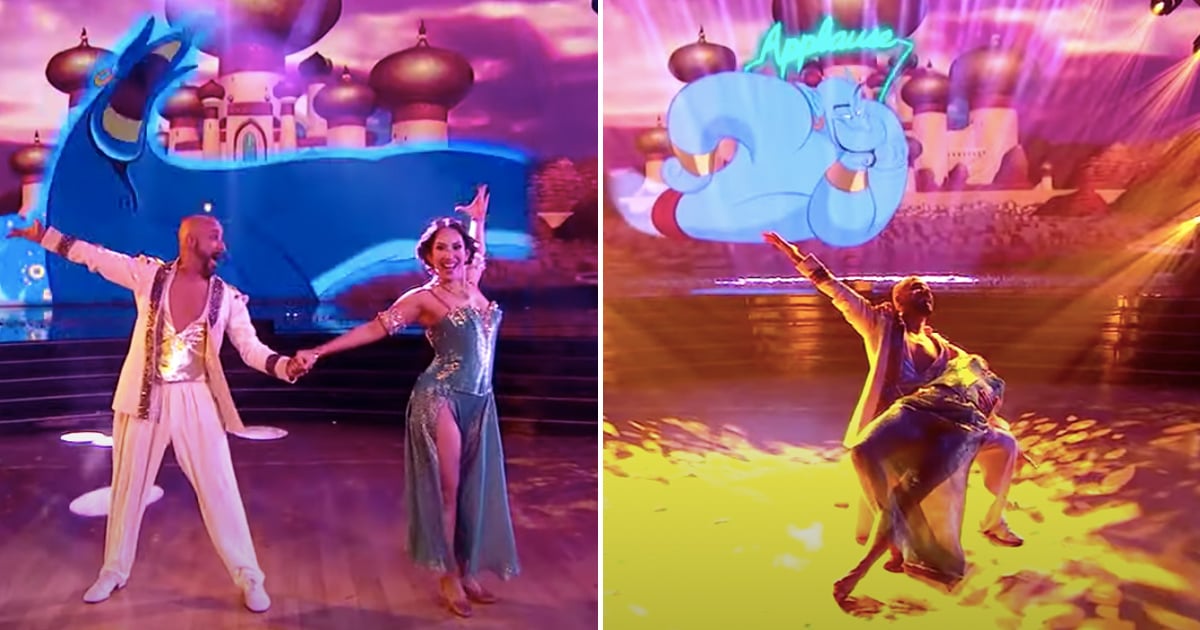 AJ McLean was as charming as ever during Dancing With the Stars‘s Disney night on Monday. For the special show, the Backstreet Boys singer channeled his inner Aladdin as he performed “Prince Ali” from the 1992 film alongside his partner Cheryl Burke. As if the costumes weren’t magical enough, McLean made the performance extra fun with his quick steps and incredible energy. Of course, one of the sweetest moments was when McLean gave a shoutout to his own little princesses watching at home. Ahead of the performance, he gave a glimpse of his daughter Ava and Lyric wearing Princess Jasmine costumes, with a sign encouraging people to vote. Watch the magical number above.