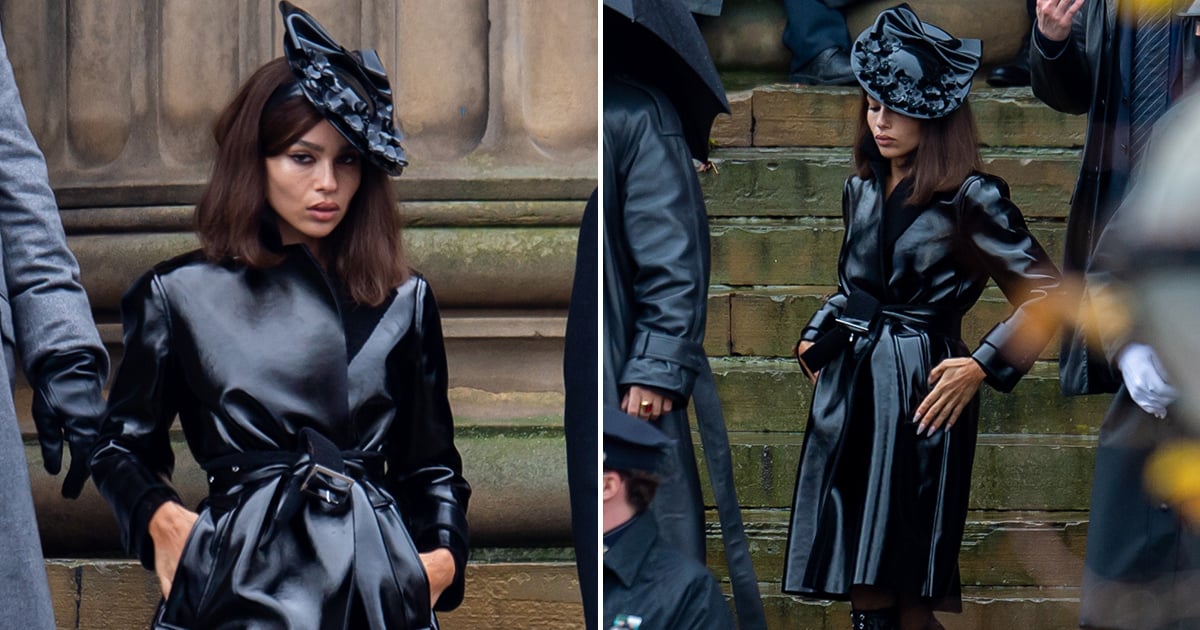 While we got our first glimpse of Zoë Kravitz’s Catwoman in The Batman trailer, we’re finally getting to see what she looks like as her alter ego, Selina Kyle. On Oct. 12, Kravitz was spotted filming in the UK, dressed head to toe in black and accompanied by John Turturro as mobster Carmine Falcone. Judging from the photos, it seems Selina attends the same funeral previously seen in the trailer.

In an iteration of the comics, Selina is the daughter of Carmine, and the expensive look of her outfit coupled with the fact she’s leaving the funeral with him suggests that this may be a plot point visited in the upcoming film. Sadly, we’ll have to wait until March 4, 2022, to have our The Batman questions answered, but until then, bask in the glory that is Kravitz as Catwoman.