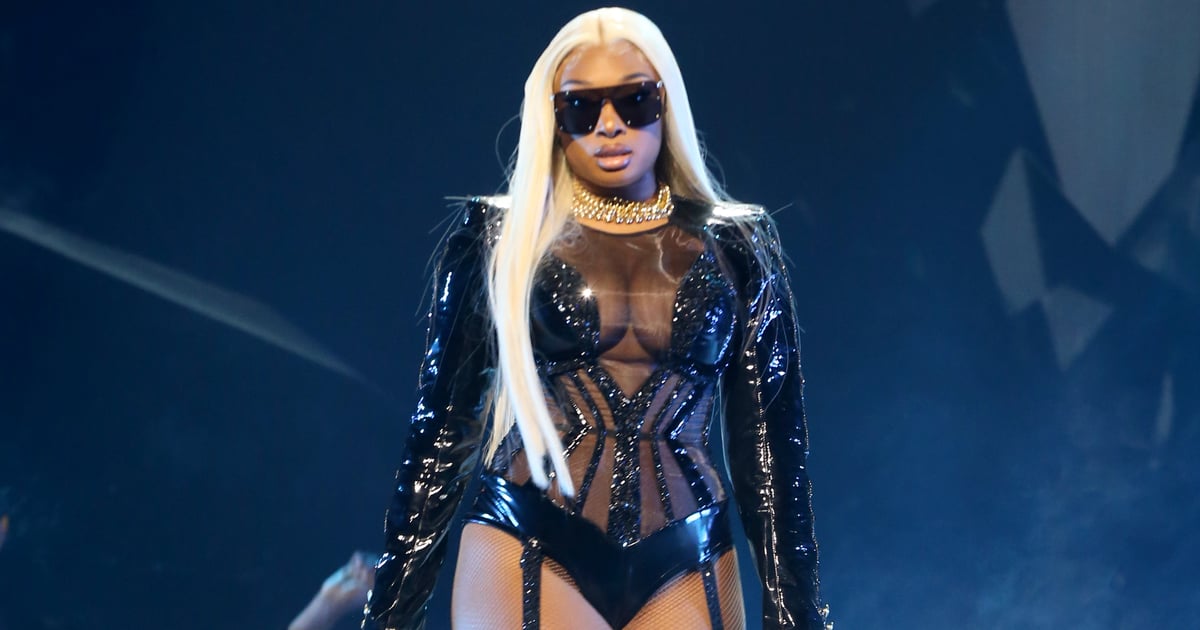 No one does a performance quite like Megan Thee Stallion. During the BET Awards on Sunday night, the rapper gave us bars and moves as she performed her latest hit, “Thot Sh*t,” on stage. Wearing a blond wig and black leather leotard, Megan completely commanded the stage as she rapped the lyrics. It’s no wonder she earned seven nominations for the award show. In fact, just moments after taking the stage, Megan was awarded with video of the year for her collaboration on “WAP” with Cardi B, who announced she was expecting her second child earlier during the show. Watch Megan’s full performance above, then see her cute appearance on the red carpet with boyfriend Pardi Fontaine.