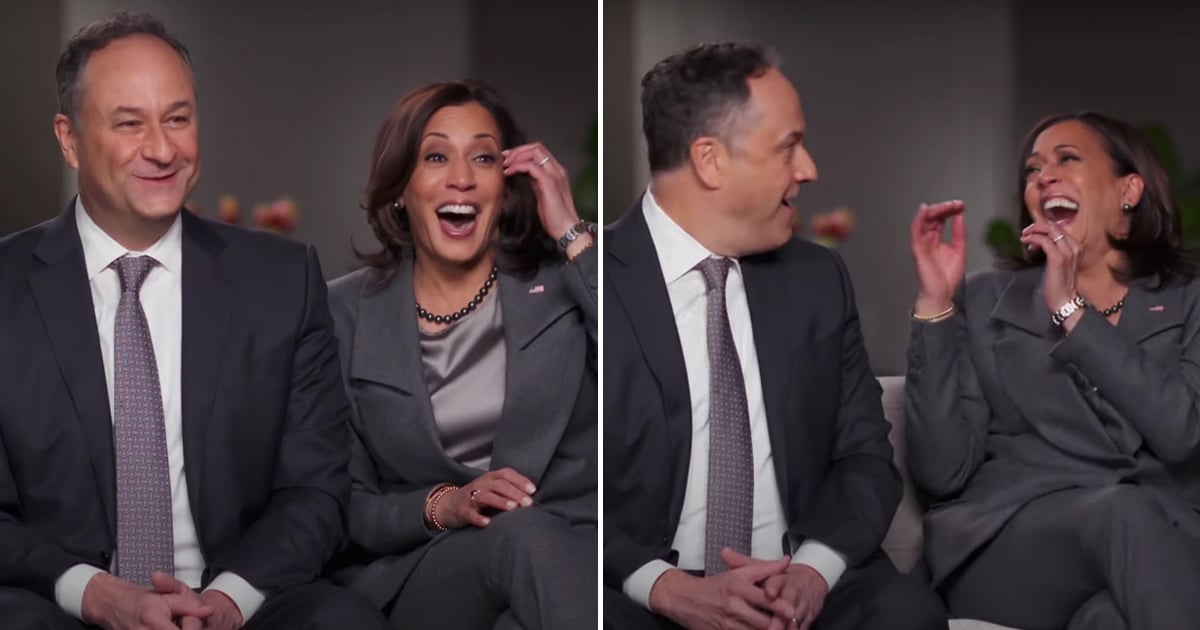 Kamala Harris and Douglas Emhoff have been together for eight years, but they’re still learning (hilarious) things about their relationship. You may know that the Vice President-elect and her husband met on a blind date, but did you know Kamala Googled Doug beforehand? I’m guessing you probably didn’t, since Doug wasn’t even aware of that fun fact until the couple’s CBS Sunday Morning interview on Jan. 17.

Host Jane Pauley asked Kamala about the couple’s history after they were set up by a friend. “You totally Googled him, didn’t you?” she joked. Doug was ready for the big “reveal” as Kamala admitted, “I’ve never been asked that.” Turns out, she totally did.

“That’s so funny you asked me that question,” Kamala said, after laughing with her shocked husband. “So yes, my best friend set us up on a blind date. She said, ‘Just trust me. Just trust me.’ She wanted me to just kinda go into it and she said, ‘Don’t Google him.’ I did.” Doug already knew a bit about Kamala (then California’s Attorney General) before they met, but he still had a secret to share about his side of their love story.

“One of my buddies was in town and we went to a Laker game,” Doug shared. “I told him the story. I said, ‘What do you think I should text her.’ We sat there in the stands of the Staples Center and came up with this text which was something, like, ‘Hey, it’s Doug.’ Awkward. I’m texting you.” Sometimes, you need a little help from a friend, right? It all worked out for Kamala and Doug in the end. Watch their sweet interview in full above.