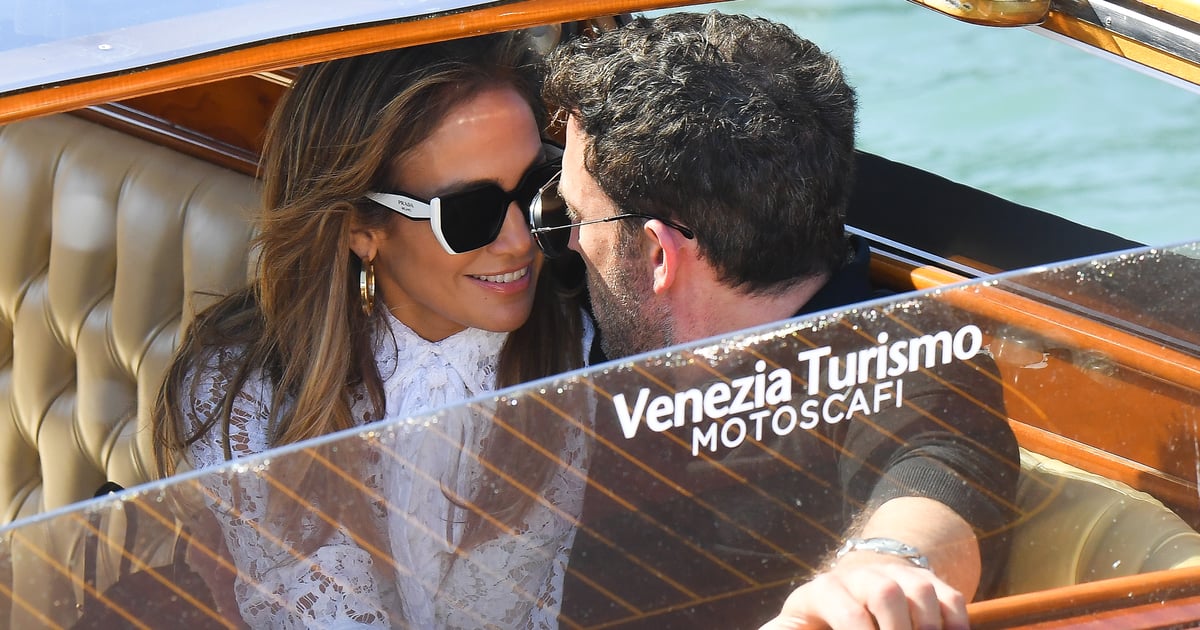 Jennifer Lopez and Ben Affleck are showing their support for one another. On Thursday, the couple arrived together at the Venice International Film Festival ahead of the Friday premiere of Ben’s new film The Last Duel, which he cowrote and stars in with Matt Damon. As the two took a boat across the water, they looked like they were starring in their own romantic comedy as they cuddled up and flashed a few smiles.

The cute appearance comes just a few months after they made their rekindled romance Instagram official. After they channeled their iconic “Jenny From the Block” music video on a yacht in July, J Lo posted a photo of them kissing in celebration of her 52nd birthday. Perhaps they will keep the relationship milestones coming by making their first official red carpet appearance since getting back together in May. In the meantime, see some of their cutest pictures in Venice, Italy, ahead.