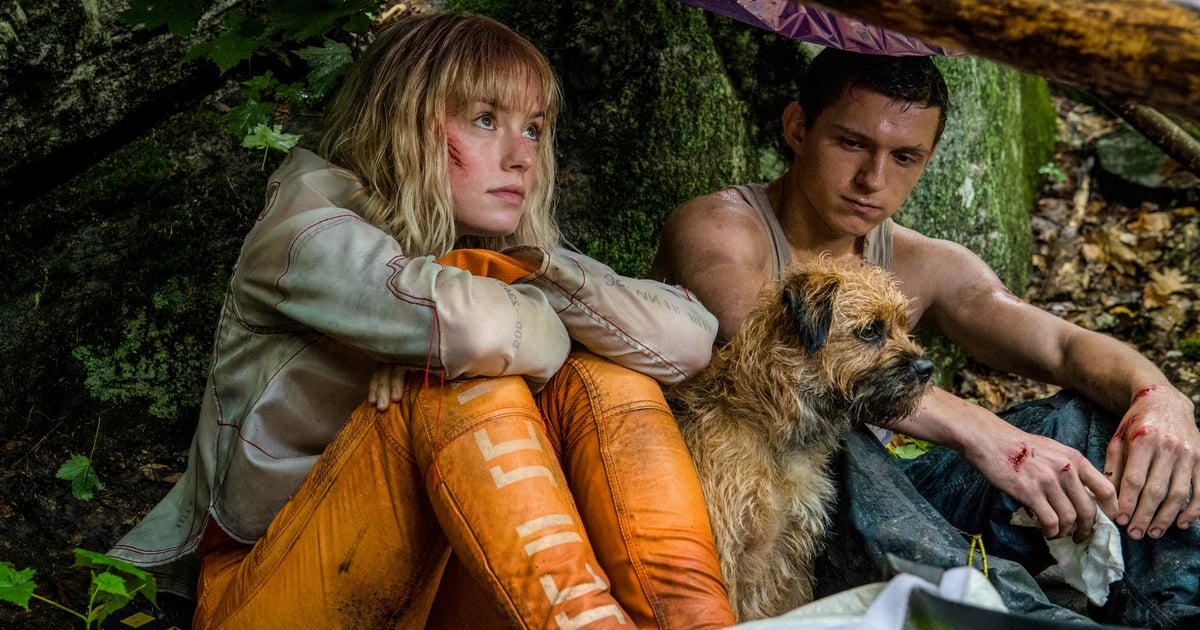 Nothing sounds more terrifying than being able to hear and see other people’s unedited, innermost thoughts. Which is exactly what happens in the new sci-fi thriller, Chaos Walking, which is based on the first book, The Knife of Never Letting Go, from the best-selling YA trilogy series. Set in a dystopian world in the year 2257, a new planet called the New World leaves its male settlers battling what they call The Noise — a constant, unrelenting stream of everyone’s internal dialogue being exposed to every single person. When Viola (Daisy Ridley) crash-lands on this dangerous new planet, she’s found by Todd (Tom Holland), who vows to protect her.

In POPSUGAR’s exclusive clip above, we see Holland’s character hilariously and awkwardly get caught exposing his true feelings for Ridley’s character, as a vision of him kissing her appears. Which pretty much feels like everyone’s extremely-not-chill worst nightmare when hanging out with a crush. Watch the scene above, and check out Holland and Ridley when Chaos Walking hits theaters Friday, March 5!