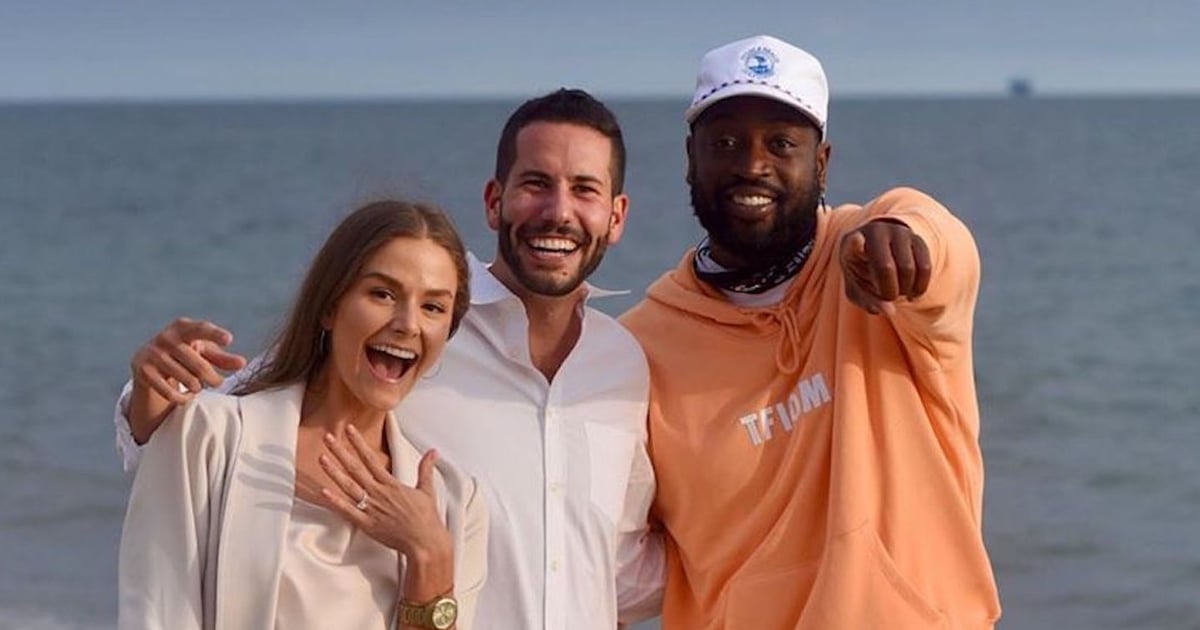 Special delivery! We’ve got some pure, uncontroversial content to cleanse your timeline, so sit back and get ready to crack a smile. Earlier this week, Dwyane Wade was taking a casual barefoot stroll down the beach with a friend in Montecito, CA when he accidentally photobombed a couple’s proposal. A man by the name of Ryan Basch was popping the big question to his now-fiancée, Katie Ryan, on the sands outside the Rosewood Miramar Beach as Dwyane walked by in the background, much to their surprise. The former Miami Heat basketball player was caught on camera with the sweetest mid-“aww!” facial expression, and he even wound up taking a group picture with the newly engaged couple. Talk about #ProposalGoals.

But the story doesn’t stop there. Shortly after Ryan shared evidence of the unexpected run-in on Instagram, Dwyane reposted the pictures on his Stories with a sweet message, writing, “It was so dope to witness you guys love!” He later replied to Ryan’s IGS, adding, “I need y’all marriage to work. It’s now on my conscious.” Hah, no pressure! Now the real question is: will he and Gabrielle Union be making a cameo at Ryan and Katie’s future wedding? We sure hope so, because we’re very here for this type of content. (Plus, they’d definitely bring the party!)