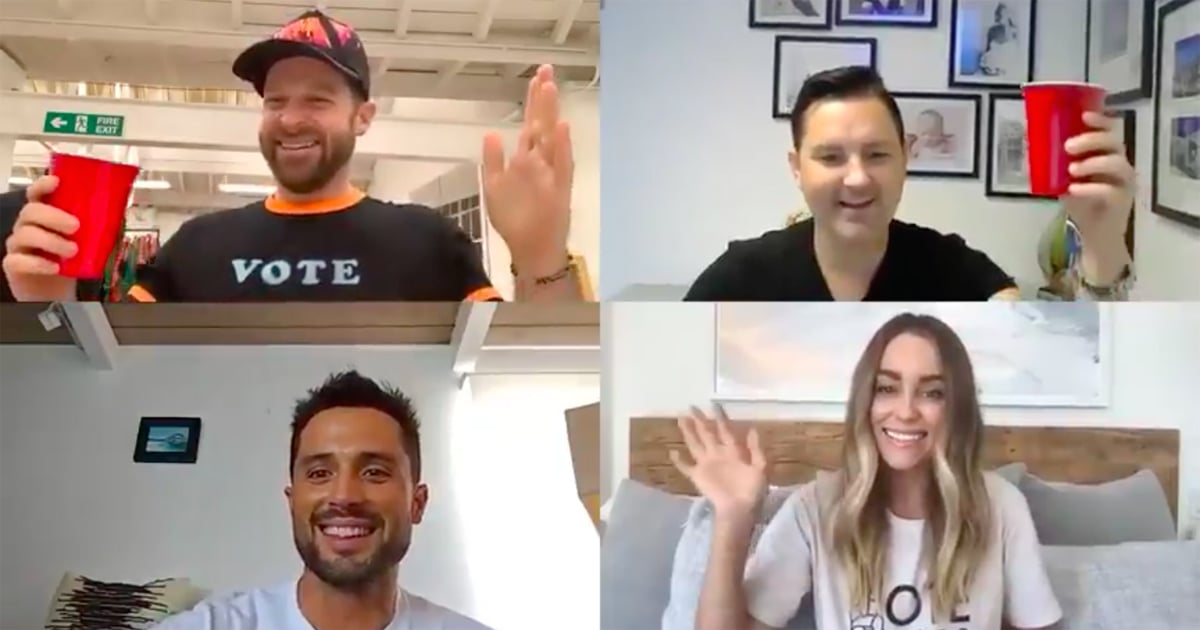 The mere possibility of a Laguna Beach cast reunion has me more excited than my own high school reunion. Lauren Conrad recently surprised fans of the influential early 2000s MTV reality show with a teaser for the potential virtual reunion, which is part of HeadCount’s #GoodToVote initiative for the upcoming presidential election. Conrad is joined in the preview by her old pals Trey Phillips, Dieter Schmitz, and, of course, Stephen Colletti.

Though the three-minute video alone is full of gems (“Are you guys drinking out of Solo cups?”) the real reunion would include additional cast members, including Kristin Cavallari, Lo Bosworth, Talan Torriero, and more. It’ll only happen, however, if 500 people register to vote using this unique HeadCount link. So, if you aren’t already registered, you know what to do. (And if you’re unsure, the site also allows you to check your registration status.) In the meantime, we’ll be over here with “Come Clean” playing on a loop.