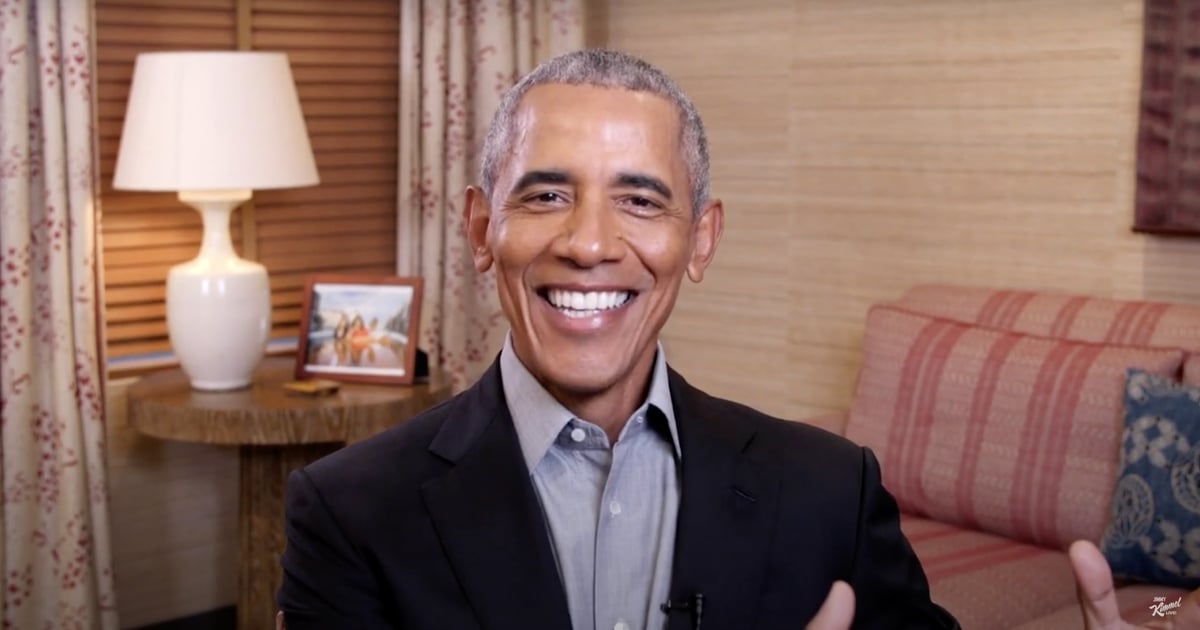 Let’s all try to stay on Michelle and Sasha Obama’s good side! On Thursday night, President Barack Obama sat down for a virtual appearance on Jimmy Kimmel Live, where he spoke about his new memoir, A Promised Land, and all the fabulous stories revealed within it. Of course, Jimmy joked that the book is 700 pages long and we’ll need the SparkNotes version, but Barack shared some hilarious bits for viewers and we were reminded for the 4,578,364th time this week how much we miss him.

In reassuring family news, it turns out that despite any sort of political accomplishments, the Obama family roast their dad like no other. “I’m generally the brunt of jokes in my house,” he said, noting that it’s usually Sasha and Michelle against Malia and Barack. He even said that he was scared of Sasha! “The reason is because Sasha is a mini Michelle, and I’m afraid of Michelle,” Barack said, admitting that Sasha and Michelle have “the same look, the same attitude.”

The two couldn’t end the interview without discussing the 2020 presidential election and the possibility of somebody hiding in the White House after their time is over. “Well, I think we could always send the Navy SEALs in there to take him out,” Barack joked. Watch his unbelievably enjoyable interview with Jimmy above, and see how he also surprised superfans while reading excerpts from his new book.