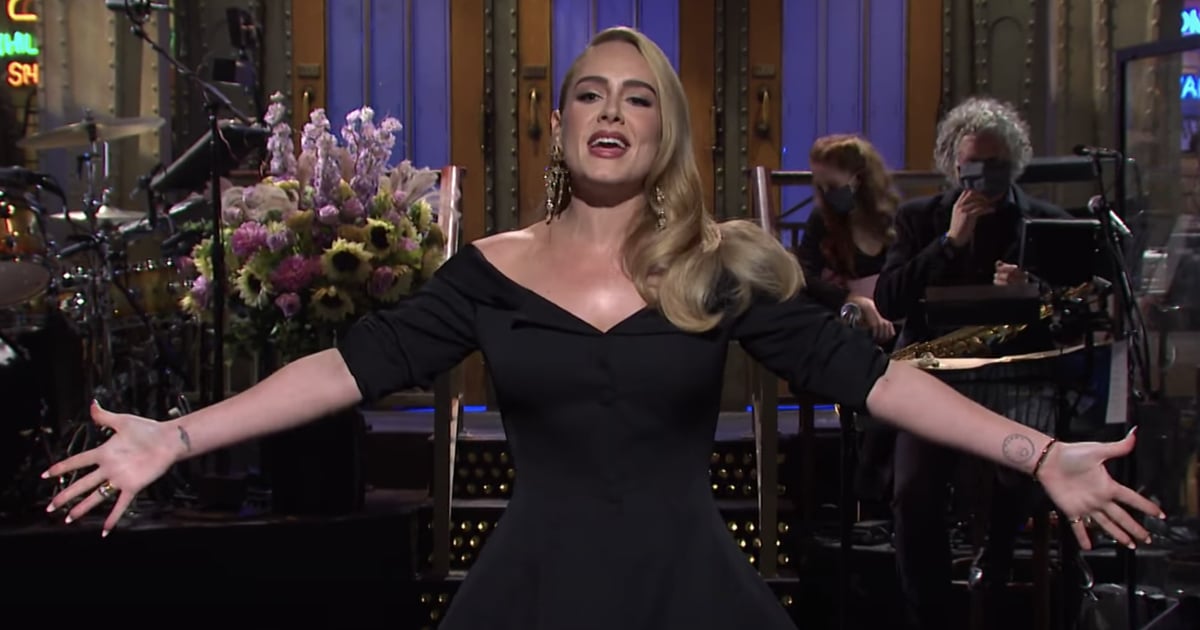 On Oct. 24, Adele stepped onto the Saturday Night Live stage as the host to deliver a charmingly swear-free opening monologue. The 32-year-old singer started by thanking the show for helping her career launch after she first performed on SNL in 2008. She then shared why she was just the host of the latest episode and not the musical guest, saying, “My album’s not finished, and I’m also too scared to do both. I’d rather just put on some wigs . . . have a glass of wine or six and just see what happens.” (Relatable.)

The songstress went on to express some anxiety about censoring herself on live TV. “I swear a lot,” she said. “And because I’m British, I tend to skip right over those medium ones and go straight to the worst ones.” To help keep any expletives at bay, Adele revealed her colossal — and already full — swear jar that was being monitored by SNL star Kenan Thompson. Watch the bit above, then check out Adele’s hilarious appearance in the Bachelor sketch!