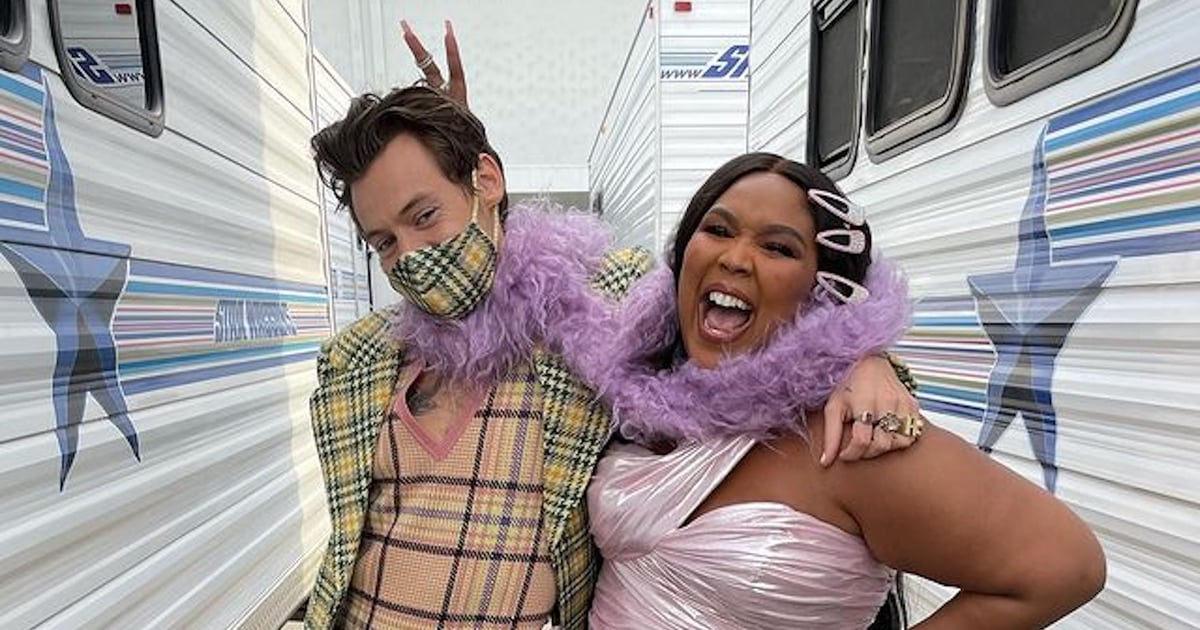 Harry Styles and Lizzo’s friendship is truly the gift that keeps on giving. It all started back in December 2019 when the 27-year-old “Falling” singer covered the 32-year-old Grammy winner’s hit “Juice.” Harry then gushed in an interview with BBC Radio 1 that Lizzo is “exactly what you want an artist to be,” and she responded by reposting the video on her Instagram Stories, writing, “This is so cute @harrystyles ily.” She also hinted at a collaboration, adding, “You know what this means right . . .?” with a winking emoji. While they have yet to release a song together, they have shared a handful of cute moments since then — most recently, at Sunday’s Grammys, where Harry officially became a Grammy winner himself. At this rate, it’s only a matter of time until they collaborate on new music, but until then, see more of their adorable friendship ahead.