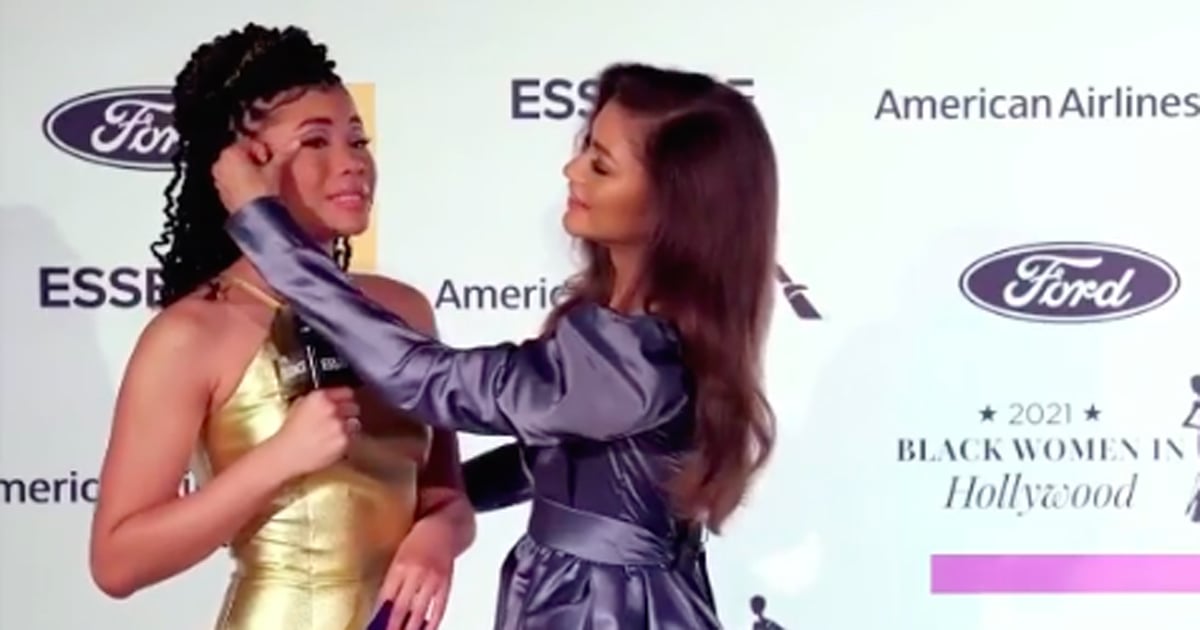 Zendaya and Storm Reid’s sisterhood is the real deal. The actresses, who portray Rue and Gia Bennett on Euphoria, shared an emotional moment at Essence‘s Black Women in Hollywood Awards on Thursday. As the event’s red carpet host, Storm was interviewing Zendaya when she began to tear up talking about her enduring support, especially amid the many false promises Storm received after her breakout role in 2018’s A Wrinkle in Time.

“We’re real-life sisters, I believe that.”

“Thank you for the constant — like I say all the time — inspiration,” Storm said. “Why am I crying? I hate crying.” She later added, “You were one of those people that stuck to that. For that, thank you.” Zendaya comforted Storm and said, “You’re my baby sister. We met our first time in a Ben & Jerry’s when she was so tiny, and then here we are. We’re real-life sisters, I believe that, and TV sisters. I’m so proud of everything that you do. You know that. I’m a ride or die, and I will continue to support everything you do. You’re phenomenal. The love is mutual.”

The love spilled over into Instagram when Storm shared the video and wrote, “The seven-year-old me is in disbelief. The gratitude I have for your presence is profound. To call you big sis means the world because you’ve shown me GENUINE support and love. That’s rare.” Several celebrities then chimed in: Chloe Bailey wrote, “You both are so beautiful inside and out.” Gigi Hadid simply said, “Queens,” and Halle Berry commented, “I love the love between you 2.”