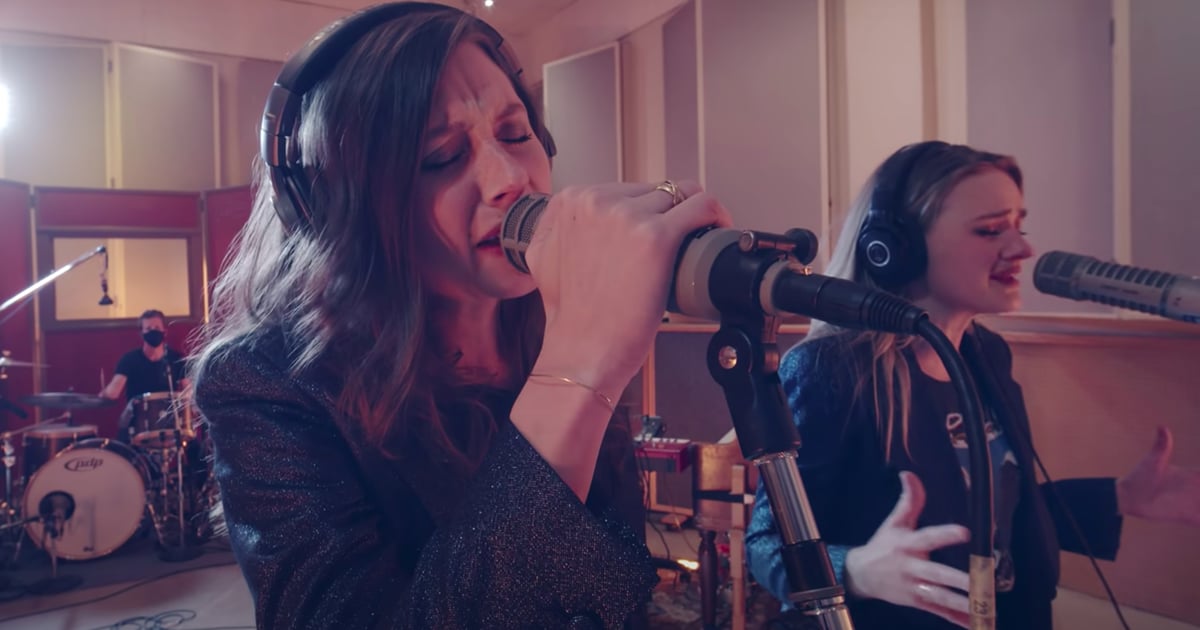 I’m pretty sure Aly & AJ’s “Potential Breakup Song” has been on every party/road trip/sleepover playlist I’ve had since middle school. I screamed “my stupid birthday” when the song played on Radio Disney (RIP) at the tender age of 11, mourning boyfriends I never had. Flash forward 14 years later, and I’m happily married, but still belting along to more adult lyrics. Thank heavens for the explicit remix, “my f*cking birthday” just hits different.

Aly and AJ Michalka dropped their updated song on Dec. 30 — the most appropriate send-off for 2020, wouldn’t you say? Of course, what the people really want (read: I’m the people) is a live performance, and oh, did they deliver. For New Year’s Eve, the sisters brought their song to the TikTok masses with an exciting virtual gig.

Their video starts with an a cappella rendition of the sisters’ song “Slow Dancing” before transitioning into the nostalgic 2007 track. Matching in sparkling suits, Aly and AJ deliver exactly what their grown-up audience wants. They carry the same electric energy from two decades of performing but with mature, sophisticated angst. I expect we’ll see even more of these vibes in their upcoming album this year. For now, enjoy the full video above.