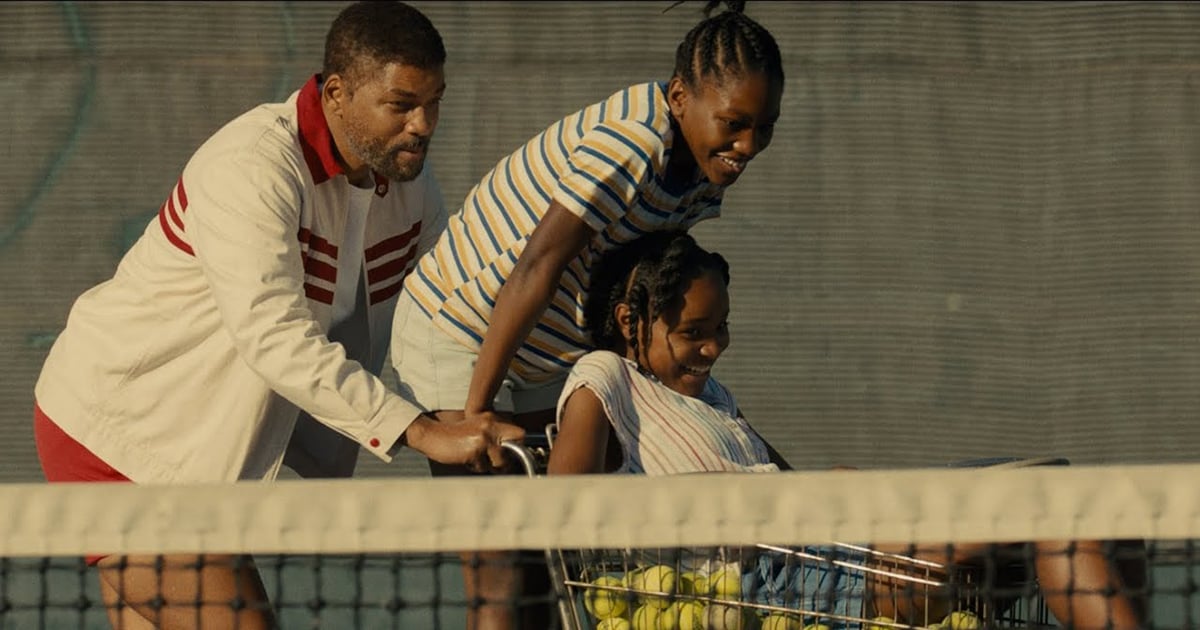 The true story of Venus and Serena Williams’s childhoods is about to hit the big screen. On July 28, the first full-length King Richard trailer dropped starring Will Smith as the legendary tennis sisters’ father and coach, Richard Williams. The trailer’s impact can be summed up in one powerful line: “This world ain’t never had no respect for Richard Williams,” Smith tells onscreen daughters Saniyya Sidney (Venus) and Demi Singleton (Serena). “But they’re going to respect y’all.”

Richard knew his daughters were destined for greatness and pushed them to become the superstar athletes we know today. Their family was surrounded by critics and doubters, but Richard’s drive took Venus and Serena from young girls playing in Compton, CA, to revered names around the globe. Now, the real-life Williams sisters are superstar athletes, brand builders, renowned public speakers, fashion influencers, and executive producers of this film, among other titles.

However, King Richard is not without its controversy. Back in 2019 when Smith was rumored to take on the film’s lead role, Black entertainment critics expressed disappointment that Richard would not be portrayed by a dark-skinned actor. Richard’s skin tone is noticeably darker than Smith’s, and as former POPSUGAR editor Mekishana Pierre wrote, “[Richard’s] family’s trials and tribulations center around their blackness and how people treated them because of it.” Smith didn’t comment on the criticism back in 2019 but will likely be expected to answer for this choice two years later.