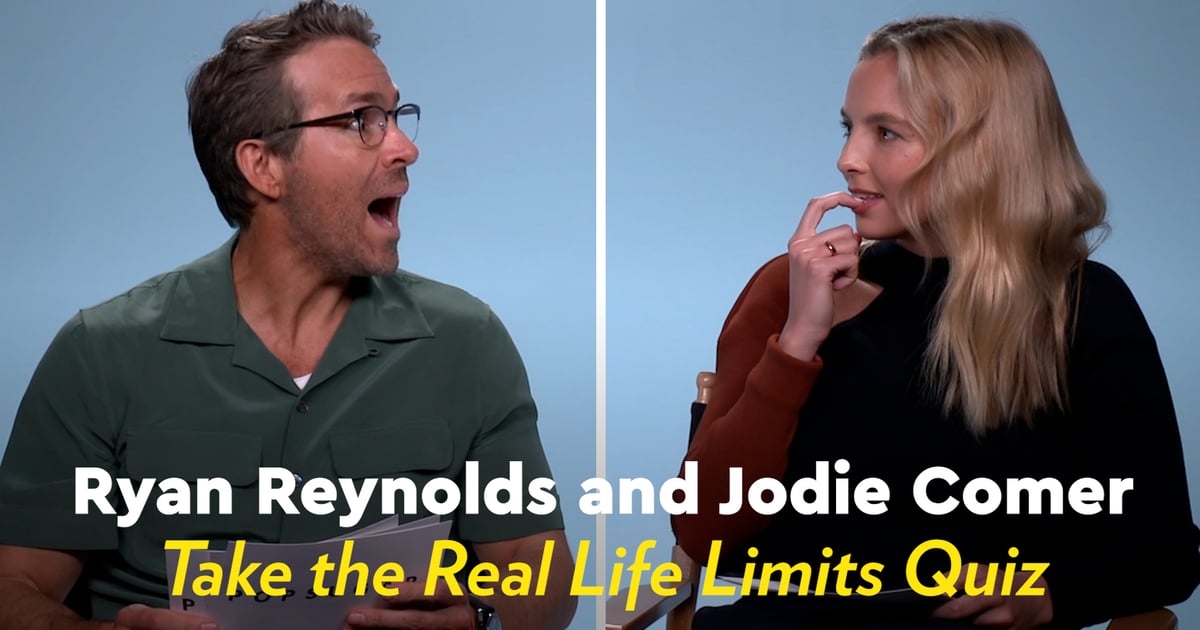 After many years of patiently waiting, Ryan Reynolds’s video-game movie Free Guy is finally upon us! As the reviews roll in, it’s becoming clear that this just might be one of the funniest and sweetest films of the summer. It all takes place in a world where players’ imaginations can run wild — a world without limits. That’s why when we had a chance to sit down with Ryan himself, as well as his costar Jodie Comer, we had to quiz them on a place where limits do exist: real life.

These two just clearly know how to have a great time together. When Ryan opened the game with a fake question about Winston Churchill’s childhood cat, we knew we were in for a treat. Luckily, he was a great sport and helped Jodie figure out some of our unfortunately United States-based questions. Just watch their infectious enthusiasm here as Jodie nails this one:

Come for the chemistry between these two, stay for Ryan’s incredibly realistic musings on his “wafer-thin chocolate”-based fantasy world. Not to mention, hot takes on the eternal Woody vs. Buzz debate from Toy Story.

Check it all out in the video above! For more from these two (and some surprising cameos, apparently), go see Free Guy when it hits theaters on Aug. 13!