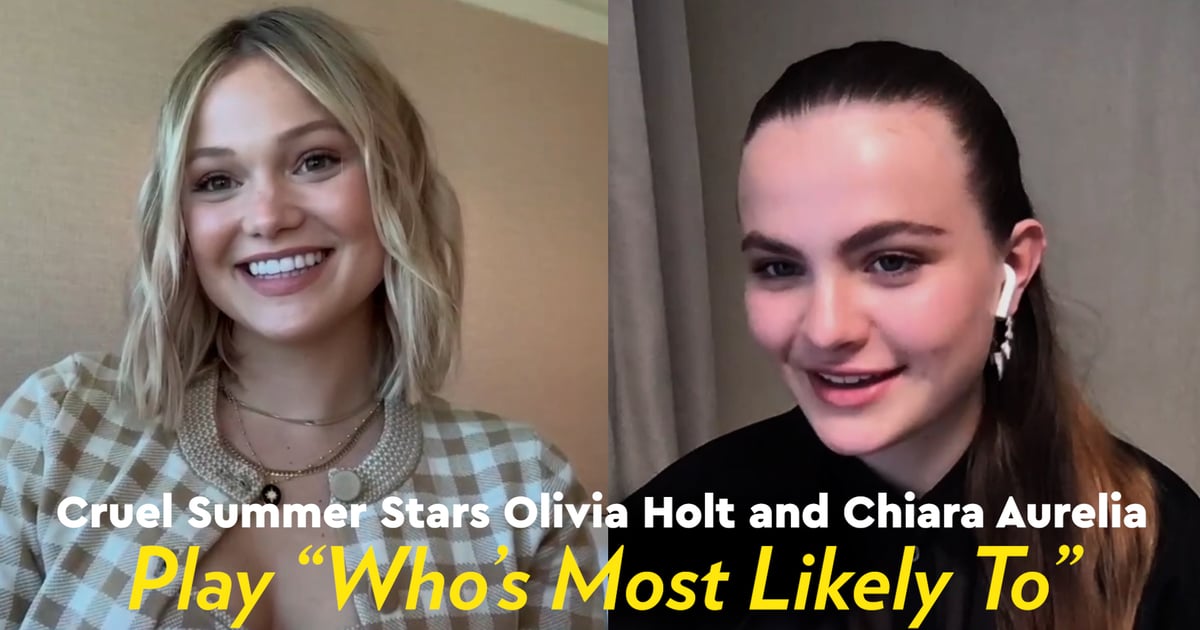 Freeform is at it once again with a brand new addicting series, the new psychological thriller Cruel Summer. Set over the course of three years — the summers of 1993, 1994, and 1995 — the series follows two high schoolers Kate Wallis (Olivia Holt) and Jeanette Turner (Chiara Aurelia), as Kate goes missing and the world accuses Jeanette of being involved in her disappearance. Just three episodes in, and our brain has racked up so many different theories that we need a notebook just to keep track of them all.

Ahead of the series premiere, we chatted with the stars of the show over Zoom to get to know the cast better with a game of “Who’s Most Likely To.” The duo revealed everything from the biggest goofball on set . . .

. . . to the person most likely to make their Broadway debut one day.

Watch it all in the video above, and check out Cruel Summer, Tuesdays at 10 p.m. on Freeform!