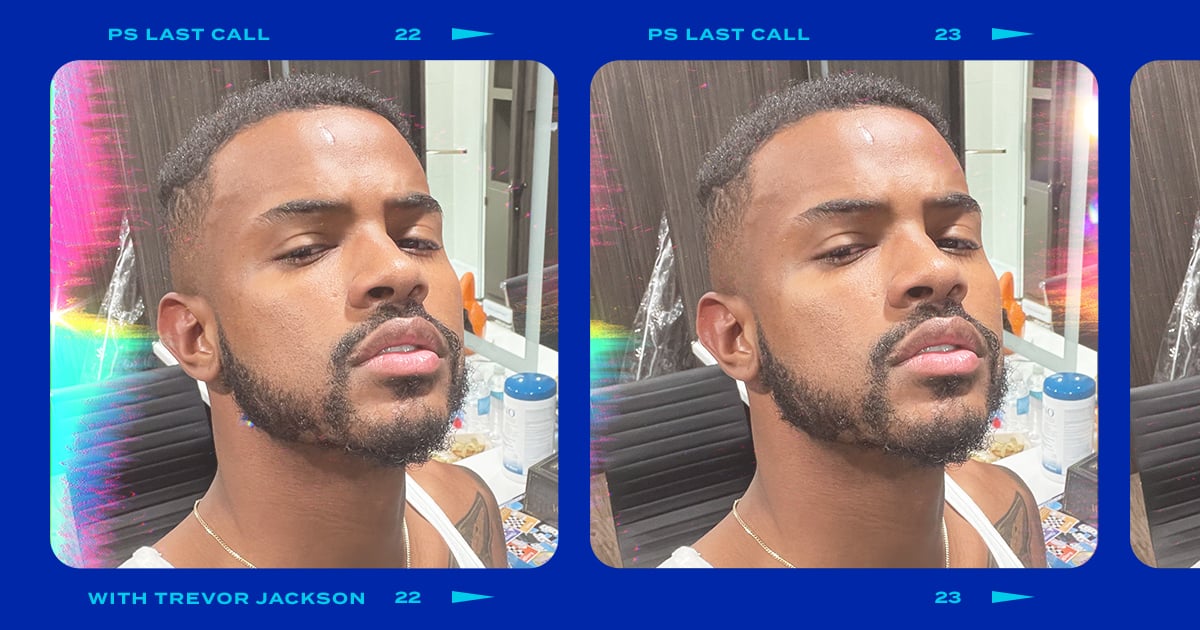 Trevor Jackson has been making big moves ever since he made his debut at 8 years old as young Simba in the Broadway adaption of The Lion King. Now, the 24-year-old is best known for making our hearts flutter as Grown-ish‘s Aaron, and somehow, making the rat-tail a fashion statement. (Oh, sorry, I meant the dragon tail.) With a recently wrapped third season that saw his character lead a bold statement against his college’s investment in private prisons and finally saw Aaron and Zoey (Yara Shahidi) become an official couple, Trevor is eyeing his next big projects. Namely, Grown-ish season four and the release of his debut album, The Love Language. Ahead of the album’s drop on Mar. 26, we chatted with Trevor about what he and his costars have been getting up to lately, the latest series he can’t get enough of, and more!

What was your last day on the set of Grownish-ish like?

Since we have to follow the Covid protocols, we are by ourselves a lot and separated to be safe. But when we are called to the set to film, I’m excited because I get to see my family.

Last thing you did with your costars?

Diggy came to the studio and we made some fire music together.

Last thing you did for self-care?

I got a relaxing massage.

Last song you listened to?

It was actually my new single, “Get to You,” from my debut album, The Love Language. My friends and I were making a Tik Tok to it.

Last piece of advice you received that changed your life?

I got advised to start going to therapy, and it definitely changed my life. Honestly, everyone should go if they can!

I asked my brother Iyn to send me the MP3 of another song I made.

Last photo on your camera roll?

A still shot from my music video. We were deciding the coloring for the look we want.

Last thing you do before going to bed?

I usually watch a movie or a TV show until I fall asleep.

Yara just gave me a gift for her birthday! I don’t think it’s suppose to work like that, but she is so sweet.

I did yoga in my trailer.

Last thing that made you laugh?

Last time you were starstruck?

Oh man, it was awhile ago, but it was when I met Tom Hardy and Will Ferrell on the same day. I was so overwhelmed, but they are super nice guys.