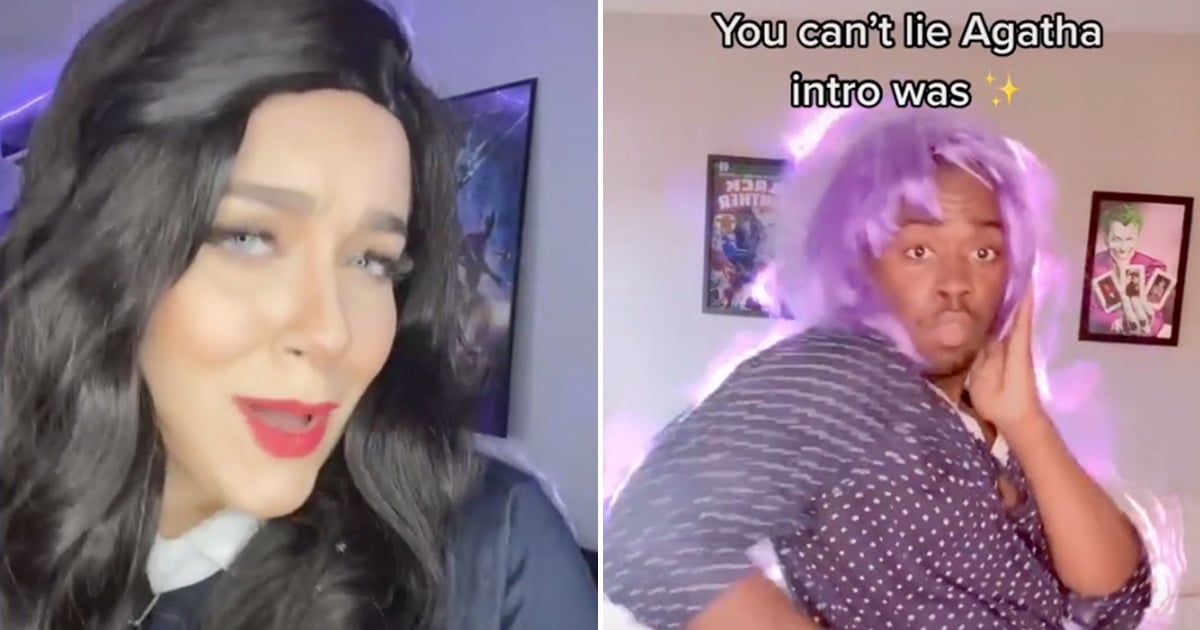 WandaVision‘s seventh episode was a doozy. Between Monica Rambeau’s powers being unleashed to the twins going missing, we’re not sure how the next episode is going to go. The real revelation, however, happened at the end when it was discovered that Agnes has actually been Agatha Harkness all along. Not only has she been seemingly behind most of the happenings in Westview, but she had a f*cking amazing intro to go with it, and TikTok took notice.

Of course, it didn’t take long for many on TikTok to decide that “Agatha All Along” was now the soundtrack to their lives, complete with costumes, existential crises, and some pretty great dance moves. Oh, and if you’re wondering why “Agatha All Along” is such a bop, it’s because it was written by the Tony and Oscar-winning duo Kristen-Anderson Lopez and Robert Lopez, who are the creative minds behind Frozen and Coco. Below are just 12 of the types of TikToks you’ll find “choreographed” to the WandaVision bop of the year.