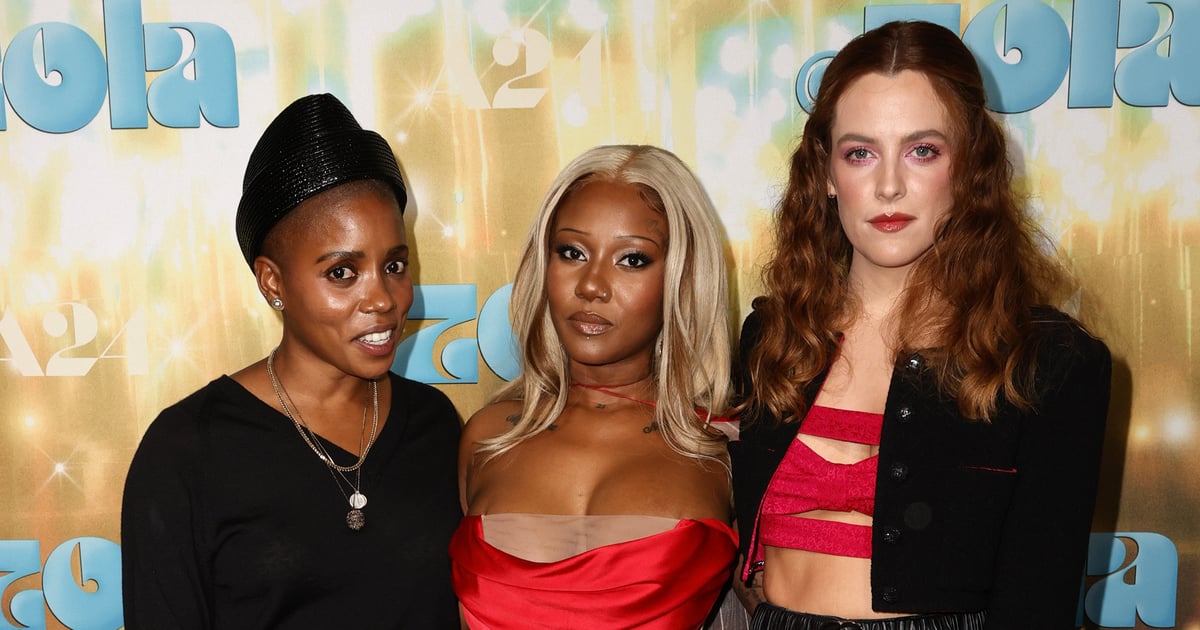 The cast of Zola stepped out in full force for the LA screening of the highly anticipated film on Tuesday. Director Janicza Bravo, Riley Keough, Colman Domingo, Dave Franco, and Nelcie Souffrant all hit the red carpet together, and they were even joined by the real-life Zola herself, A’Ziah King. Also in attendance were Jodie Turner-Smith, Isis King, Arlo Parks, and several other stars.

Noticeably absent, though, was Taylour Paige, as she’s currently in Bulgaria. However, she did take a moment to celebrate the film’s release on Twitter. “I love you everyone! 11:37AM in Bulgaria with happy tender tears that our movie Zola is officially live!!!” she tweeted. “Whoever is to receive it, enjoy it, absorb it, love it might it find you. So appreciative of it all. Life is crazy.”

Zola is based on a now-infamous 2015 Twitter thread and follows the story of Aziah, a former waitress at Hooters, and a sex worker named Jessica, who embarked on a wild road trip to Florida that involved stripping, prostitution, drugs, and murder. The movie first premiered at the 2020 Sundance Film Festival and officially hit theaters on June 30.