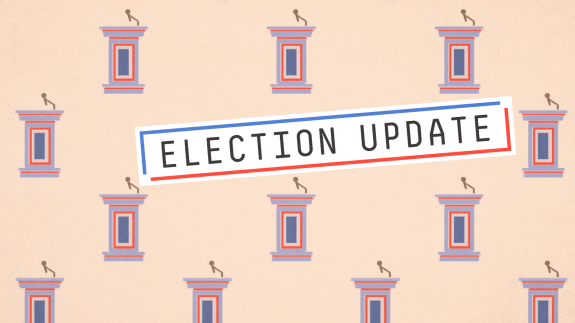 Since its peak on Oct. 19, Joe Biden’s lead over President Trump in national polls narrowed from 10.7 percentage points to 9.4 points, while Biden’s popular vote margin in our presidential forecast also shrank from 8.4 points to 7.9 points during the same time period. Although, as you can see in the chart below of how the forecast has changed, Biden’s odds have been relatively stable.

So what gives? Is the race tightening? And if it is, why is our forecast different from our national polling average?

Well, two things. First, we’re still expecting some tightening toward Trump in our forecast, so we’re pricing that in a little in our model. And second, the forecast is mostly based on state polls, which have been more consistent with an 8-point Biden lead than the 9-to-10-point Biden lead we’ve seen nationally. (Remember, if used properly, state polls actually give you a more accurate projection of the national popular vote than national polls, which is why our forecast so heavily relies on them!)

But let’s unpack the latest polls conducted entirely (or mostly) after the last presidential debate to better answer that question of just how much the race is tightening. Overall, we have six national surveys and eight battleground state polls, and on average, these 14 polls show essentially no change from before the debate.

In fact, the post-debate polls have arguably been pretty good for Biden. Gravis Marketing, for instance, last tested Michigan, Pennsylvania and Wisconsin in July, but now finds Biden in better shape in all three states, including double-digit leads in Michigan and Wisconsin. Meanwhile, Ipsos and the New York Times Upshot/Siena College found essentially no movement in Pennsylvania, Texas and Wisconsin. Most national polls also showed little to no change, too. International Business Daily/TIPP’s five-day nationwide tracking poll had shown Biden declining, but has recently found his lead back up in the high single-digits.

There may have been a bit of tightening before the debate, but at this point, there doesn’t seem to be any evidence of the race tightening since the debate. In fact, only two polls found clear, negative shifts for Biden, and they both come from pollsters that might have a particular interest in casting the president’s chances in a positive light.

First, a new InsiderAdvantage survey sponsored by the Center for American Greatness, a conservative media think tank, gave Trump a 3-point lead in Pennsylvania, which marks a 6-point swing in margin from its previous poll in mid-October. We, of course, can’t discount that this might be the case, but the ideological leanings of the pollster’s sponsor do give us pause. Similarly, a national poll from Rasmussen Reports/Pulse Opinion Research found Trump ahead by 1 point, a 4-point shift from its last survey, but Rasmussen has a well-known GOP house effect, or put another way, it consistently shows better results for Republican candidates than other polling firms.

We choose to be very inclusive when it comes to our forecast, so we toss almost everything into the polling kitchen sink. But on the whole, these recent polls may indicate some post-debate widening in the race rather than tightening, especially if you take the two quasi-partisan polls with a small pinch of salt (which we’d recommend).