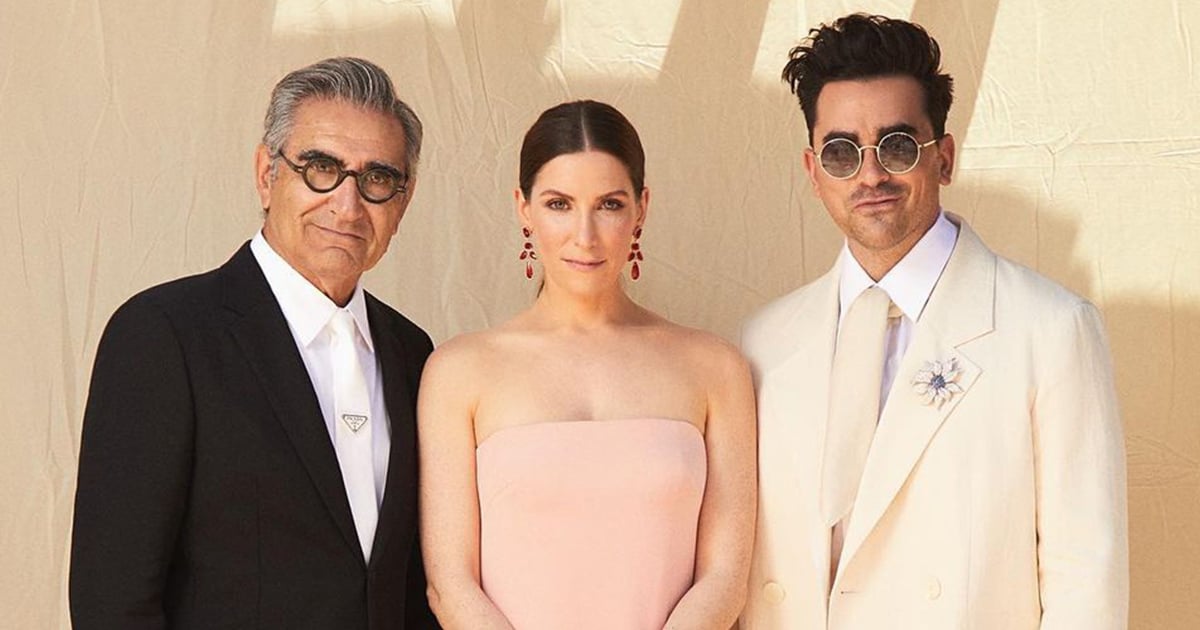 While we had to say goodbye to Johnny, Moira, Alexis, David, and the rest of Schitt’s Creek last April, we’ve gotten to spend one last hurrah with the crew thanks to awards season. Sunday night’s SAG Awards reminded us just how adorable the Levy family is when they get together, with Eugene, Sarah, and Dan looking every bit like the Rose’s pre-Schitt’s Creek arrival in their pre-show photo. We could almost imagine Sarah breaking out into “A Little Bit Alexis” a la Annie Murphy. “The quality of the show is the most important part and everything else is just the cherry on top,” Sara said of the show during the SAG Awards pre-show. “Lots of conversations about the show over the years around the dinner table.”