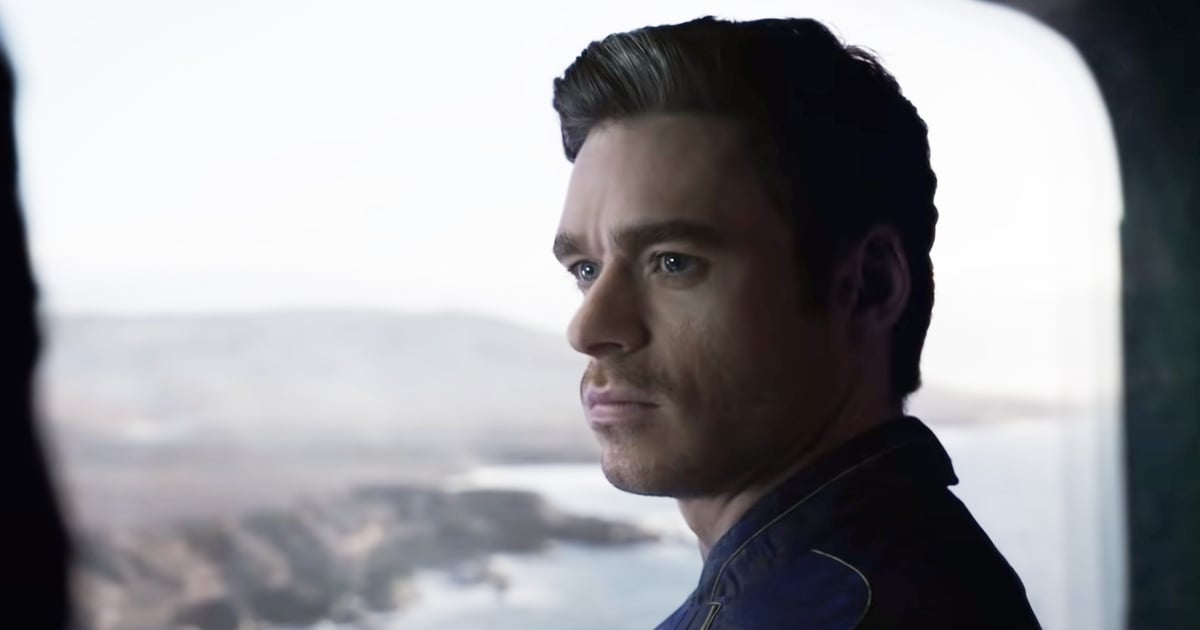 The latest trailer for The Eternals finally gives us a much-anticipated sneak peek at Richard Madden’s dreamy Ikaris. While there’s only so much we can glean from a two-minute preview, we do learn that the Marvel Cinematic Universe version of Ikaris has loved Sersi (Gemma Chan) throughout time and that he thinks that he can lead the Avengers. So what else do we know about Ikaris? Keep reading for more background on his godly powers and origins in the Marvel comics.

So far, the movie version of Ikaris has been billed as the tactical leader of the Eternals as well as their strongest asset when they fight against their enemies, the Deviants. According to ComicBook.com, he harnesses “incredible strength, flight, and the ability to project beams of intense cosmic energy from his eyes.” The comic iteration of Ikaris boasts similar gifts as well. Like his fellow Eternals, who are essentially superhuman alien immortals created by the Celestials, Ikaris can wield cosmic energy and control his molecular structure, making him immune to disease, aging, and extreme temperatures. He’s also said to be the fastest flier of all the Eternals and can manifest the Blue Flame, an energy that allows him to reshape the physical forms of Eternals, humans, and Deviants into a physical entity called a Uni-Mind.

Ikaris previously lived in a city called Polaria, where the Polar Eternals resided. A third-generation Eternal, he was born roughly 20,000 years ago. He’s known for guiding a group of refugees on an ark to find safety (yes, like in the story of Noah’s Ark) and for fighting the Deviants for centuries. He’s even had a son with a human woman, although his son didn’t inherit his powers. His son, also named Ikaris, created a flying device to find the elder Ikaris, but he flew too close to the sun, which burned his contraption and catapulted him into the ocean. If that sounds familiar, it should remind you of the Greek myth of Icarus, the man who flew too close to the sun.

Suffice to say, there’s a whole lot of backstory that the MCU can dig into for Madden’s Ikaris — it’ll be exciting to see how his character unfolds on the big screen!