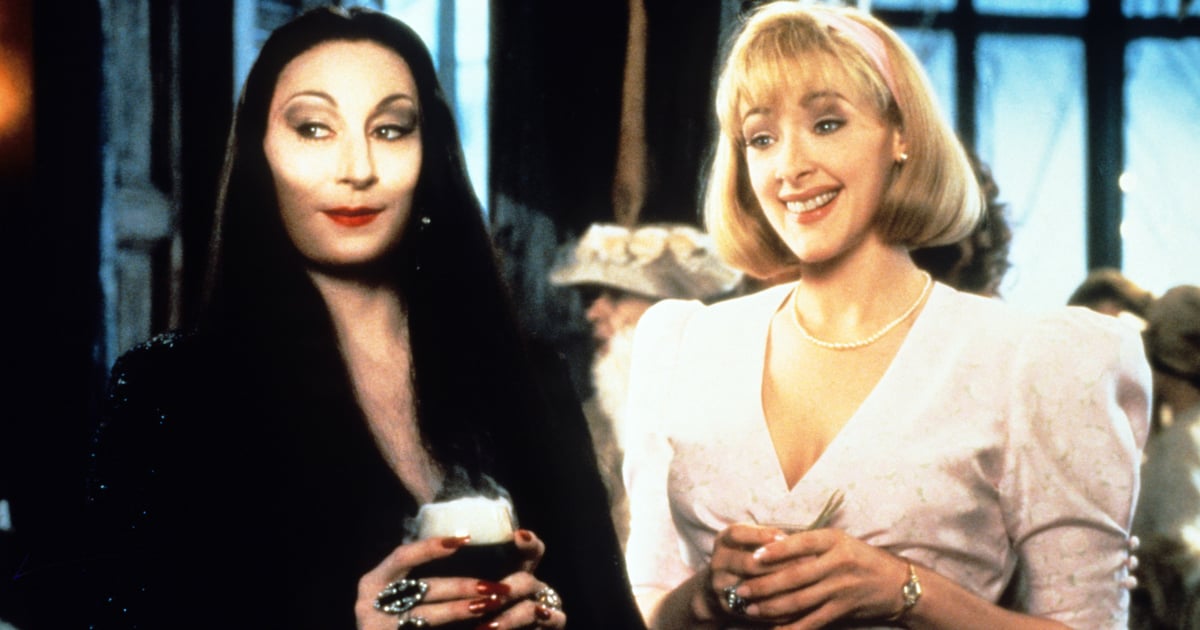 Like a spider setting up an elaborate cobweb in an abandoned house, The Addams Family Values is one of those classic Halloween movies that feels like it’s existed as long as the holiday itself. The second film in the Addams Family series, the 1993 movie is far from second best with its dark humor and the kind of wonderfully chilling plot line that would put Gomez and Morticia in the mood for a romantic waltz.

During the film, the Addams family receives a visit from Debbie Jellinsky, a serial killer and black widow who marries men with the intention of killing them and stealing their fortunes. Debbie tricks Uncle Fester into falling in love with her and takes him hostage when she realizes he’s more difficult to kill than she thought. At the same time, Morticia and Gomez have to deal with Wednesday and Pugsley being jealous of newborn baby Pubert, who they play deadly games with until Debbie suggests the kids head to camp for the summer.

From the murderous plot and the dark quotes to Gary and Becky being realistically irritating, the entire movie is a celebration of all things uncomfortable and eerie (in the best way possible). Also, considering this is a Halloween movie set during the summer with a heavy focus on Thanksgiving, it’s pretty much the perfect film to watch year-round.

At the end of the day, as much as I love the original Addams Family film, there’s nothing like throwing a bag of popcorn in the microwave and spending the evening reliving every moment of Wednesday and Pugsley’s revolt against camp counselor Gary’s distasteful Thanksgiving play. Read on to conjure up more memories of the classic Halloween (or Thanksgiving) film here, and keep the holiday momentum going by finding out if Disney’s Halloweentown still lives up to the hype over 20 years later.