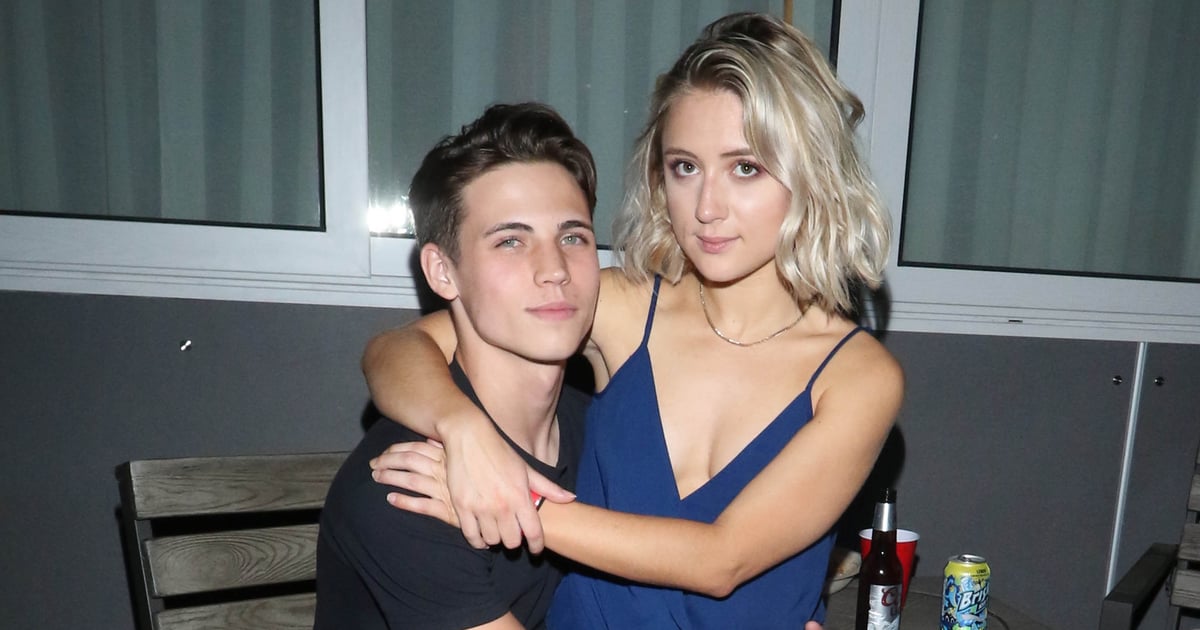 We’ve been crushing on Tanner Buchanan since his breakout role as Robby Keene on Netflix’s Cobra Kai, and now we’re getting ready to fall in love with him all over again as he stars in He’s All That. The rom-com is an updated remake of 1999’s She’s All That, with Rachael Leigh Cook and Freddie Prinze Jr., and it sees Padgett Sawyer (Addison Rae) set out to give Tanner’s Cameron Kweller a makeover in hopes of turning him into high school prom king. Even though Tanner and Addison did share a kiss at the 2021 MTV Movie & TV Awards, they aren’t dating in real life.

Tanner has actually been dating fellow actress Lizze Broadway since they were teenagers. During an appearance on Anna Faris’s Unqualified podcast on Aug. 16, the 22-year-old actor opened up about their years-long relationship, revealing they broke up once when Tanner was 17 or 18. Luckily, they eventually patched things up and have been going strong ever since. Ahead of the Aug. 27 premiere of He’s All That, see some of Tanner and Lizze’s cutest moments ahead.