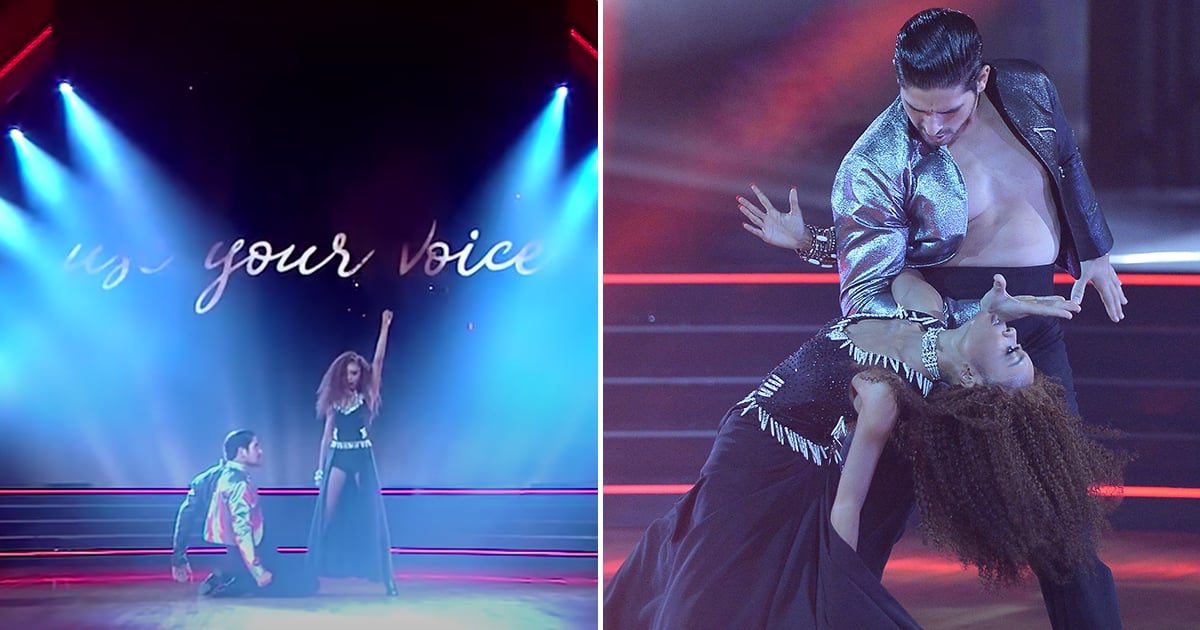 Skai Jackson reminded us all that she’s not playing any games on Dancing With the Stars, and we’re standing at attention! The actress and her partner, Alan Bersten, performed a fierce paso doble to Janet Jackson’s “If” for DWTS‘s Icons Night on Monday. In the footage before the performance, Skai explained that while she admires Janet as an artist, it’s her activism that inspired her song choice. “She isn’t afraid to speak up in what she believes in and use her voice for good. That’s really important to me,” she said.

The 18-year-old went on to open up about her experiences with racism and colorism, explaining how the Black Lives Matter movement is particularly important to her. Skai revealed that she was using her dance to inspire viewers to use their voice and advocate for what they believe in. She followed it up with such a powerful performance that Janet herself complimented it! “Luv it @skaijackson. #BlackGirlMagic #GoinIN,” the singer-songwriter wrote on Twitter. We totally agree, Miss Jackson! Watch the performance above.