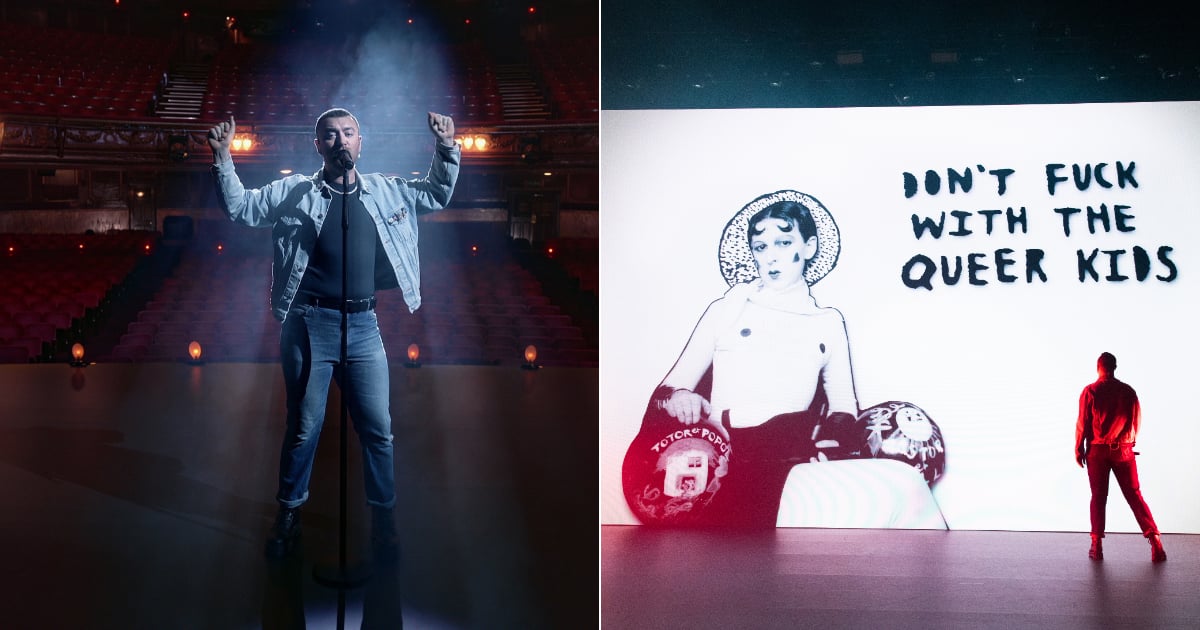 Just a couple of weeks after Sam Smith finally released their third album, Love Goes (which they decided to delay and rename due to the coronavirus pandemic), the singer got the chance to perform their new single, “Diamonds,” off the album at the 2020 MTV Europe Music Awards on Nov. 8.

Smith’s incredible performance wasn’t just striking because of their dancing (which they teased to preshow host Becca Dudley as their first time dancing while singing on stage), but it also made an important statement about inclusion. The closing shot from the performance saw Smith facing the backdrop with a message that read, “Don’t f*ck with the queer kids.” The bold red backdrop and lightning graphics along with the powerful messaging and stunning vocals made for one memorable performance.

In addition to the moving performance, Smith was also a nominee at the EMA, up for best collaboration for their duet with Demi Lovato, “I’m Ready.”