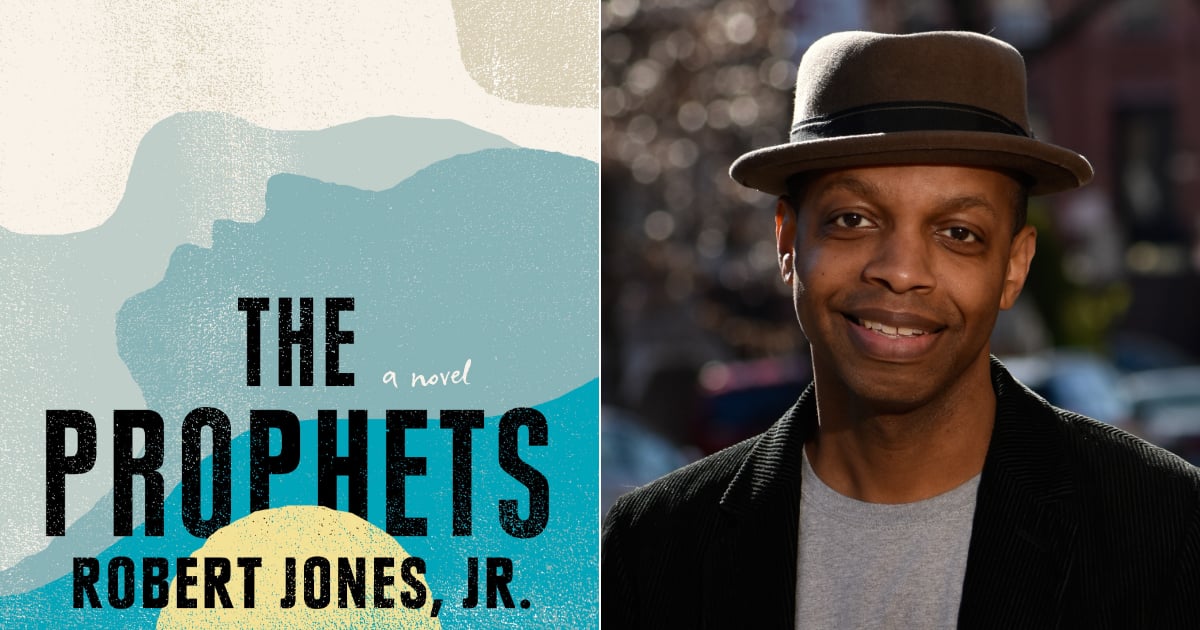 If you follow any bookstagrammers on social media, then you’re likely aware that The Prophets ($27) by Robert Jones, Jr. is already one of the most highly anticipated books of the year. Centered on two enslaved men who are in a romantic relationship in antebellum Mississippi, Jones’s debut novel explores what it means to be Black and queer during such a tumultuous time in American history.

Passionate about Black history and literature since he was in school, Jones is also the man behind the uberpopular blog Son of Baldwin, which pays direct homage to novelist and activist James Baldwin. Now that his book is officially on shelves all over the world, the New York City native is actively promoting his work, according to his Instagram.

A beautifully written narrative that explores gender and race from several characters’ points of view, The Prophets invites readers to reconsider their understanding of sexuality and reconnect with our shared humanity. We caught up with Jones, Jr. — who spent 14 years writing the novel — to learn about his storytelling process as well as what he wants readers to take from his work.

POPSUGAR: What inspired you to write The Prophets?

Robert Jones, Jr.: While studying in school, I read these great books by great Black authors and scholars. What struck me as really odd is that prior to the Harlem Renaissance, there was no mention whatsoever of Black queer people. I thought, “Oh, that’s strange. What happened before this?” I started searching everywhere. I searched through the slave narratives, race theory, anything I could find. In a book called Incidents in the Life of a Slave Girl by Harriet Jacobs, I found a line which talks about how a slave master raped a male slave. Also, in Toni Morrison’s Beloved, there’s a scene where the character Paul D is sexually assaulted by an overseer. I said, “OK, but what about love?” That kind of swirled in my head.

RJJ: I knew I wanted to write about a Black queer person prior to the Harlem Renaissance. I said, “Do I dare say that this is a Black queer character in antebellum slavery, and how do I do this? There’s no template.” Then I returned to Morrison, who said, “Well, if you cannot find the book you wish to read, then you must write it.” I said, “Darn it, I’m going to have to write it,” and so I went about doing so.

“I want all of us, myself included, to take a renewed sense of humanity away from this book.”

I had to do a lot of research. We call it queerness now, but obviously [there wasn’t a] term back then. What would it have been like to be Black and what we now call queer in that time period? What were the gender, sexuality, and identity norms? I had to research all of that stuff. I was in grad school and working two part-time jobs, so I rarely had time to write. I would wake up at 3 o’clock in the morning and say, “OK, if I just write for an hour and then go back to sleep at 4 and get up at 7 to go to work.”

PS: What were some of the recent challenges you experienced while writing The Prophets?

RJJ: The subject matter was difficult to tackle because going through this very traumatic period in our country’s history and reliving and witnessing those things for the characters was difficult emotional work.

PS: What were your favorite characters to write?

RJJ: I liked writing from the perspective of the ancestors. There are the seven women who are watching over not just the African parts of the book but the American parts of the book, too. They had this haughty but also humble perspective about everything that’s going on. Those were the chapters where I just let myself be the vessel for whatever creativity was in the ether that needed to come down through my head and through my fingers. When I read those chapters sometimes, I almost forget that I wrote them. It’s almost like I’m reading something someone else wrote. It’s so fascinating, and I’m so in love with them.

PS: What do you want readers to take away from this book?

RJJ: I want all of us, myself included, to take a renewed sense of humanity away from this book. I really want us to see the complexity, the nuances, and the humanness of each other, such that we will stop doing each other harm and give each other the grace that we deserve simply because we exist. Listen, I don’t care if you don’t like that I’m a Black queer person, but I demand that you treat me with the respect that I deserve because I’m alive.