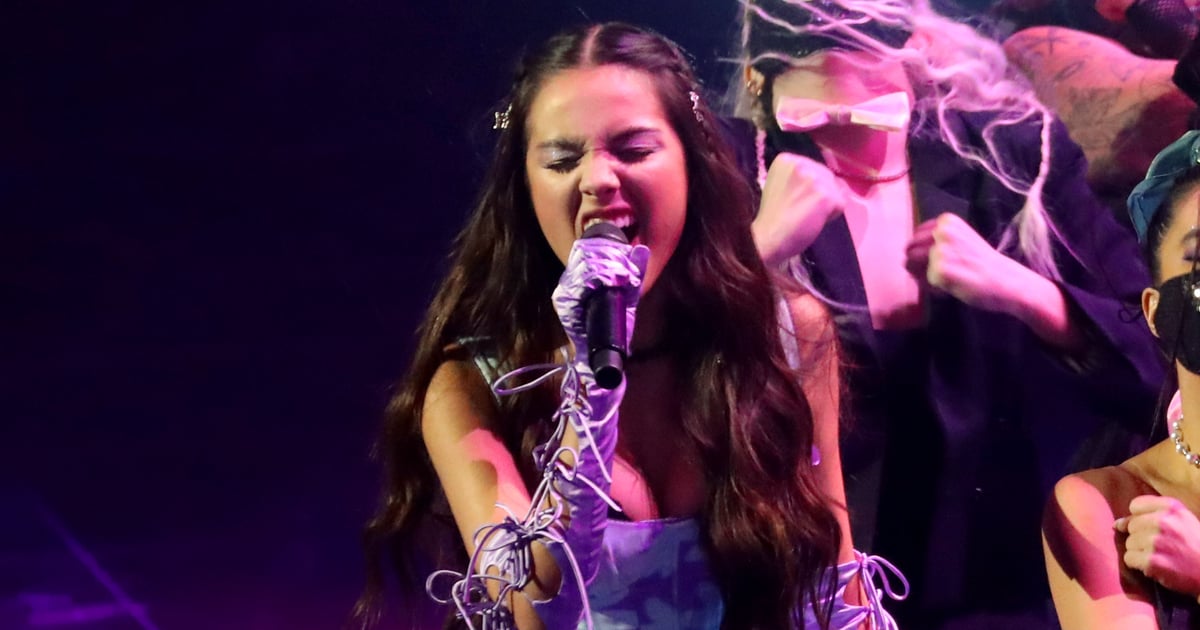 Olivia Rodrigo continues to celebrate some big career milestones. After releasing her debut album, Sour, in May and breaking records on the music charts, the 18-year-old made her MTV VMAs debut as she performed “Good 4 U.” After flying down from the ceiling, Rodrigo went full rocker as she sang the breakup anthem with a group of backup dancers. At the end of the performance, she stayed true to the song’s angsty lyrics as she hit the camera with her microphone and broke the lens. On top of her fun performance, Rodrigo is up for some of the night’s biggest awards, including artist of the year, song of the year, and new artist of the year. Watch her performance from the show above.