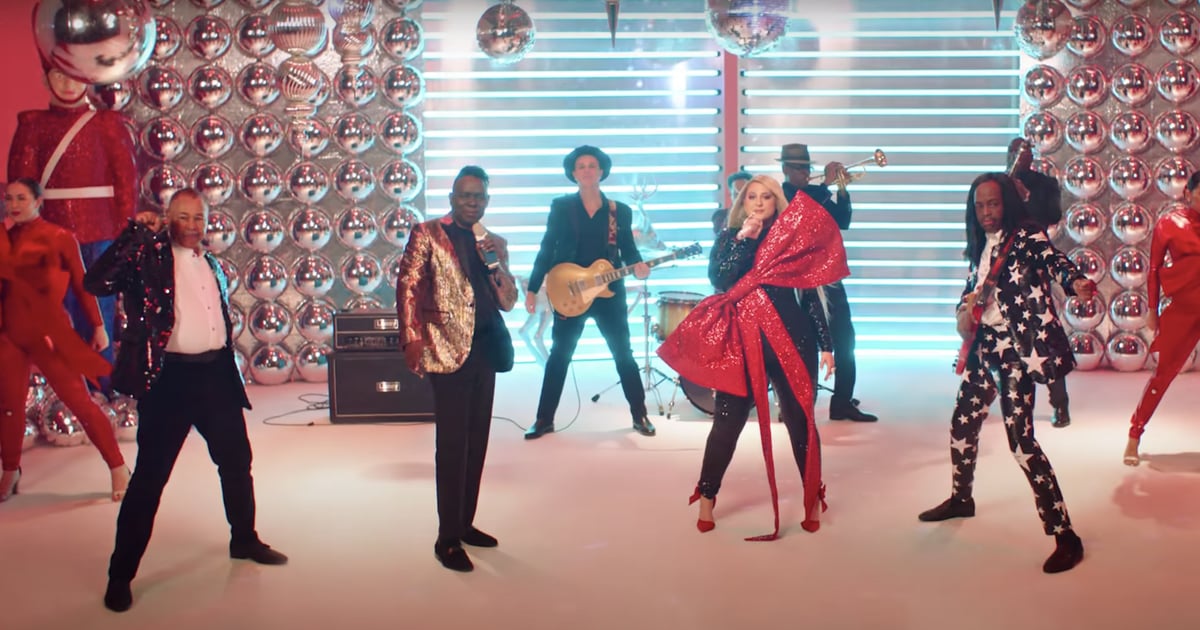 If you’ve ever wanted to party with Meghan Trainor and Earth, Wind & Fire, now’s your chance! On Monday, as a treat for the holiday season, Trainor dropped the video for “Holidays,” which is featured on her Christmas album, A Very Trainor Christmas. The video has all the trimmings and trappings of an excellent holiday party, including presents, ugly Christmas sweaters, and plenty of Champagne. We also get glimpses of a pregnant Trainor, who told ET Canada that she was about five-and-a-half months pregnant during the video and that “I was getting cramps after the first big performance dancing in heels.”

The song itself is reminiscent of Earth, Wind & Fire’s “Boogie Wonderland,” with a beat that hooks you in and a sound you can’t help but dance along to. On what it was like working with the legendary band, Trainor said it felt like the “best [early] Christmas present ever” to collaborate with one of her “family’s all-time-favorite” groups. You can “get ready for the holi, holi holidays” by watching the full video above.