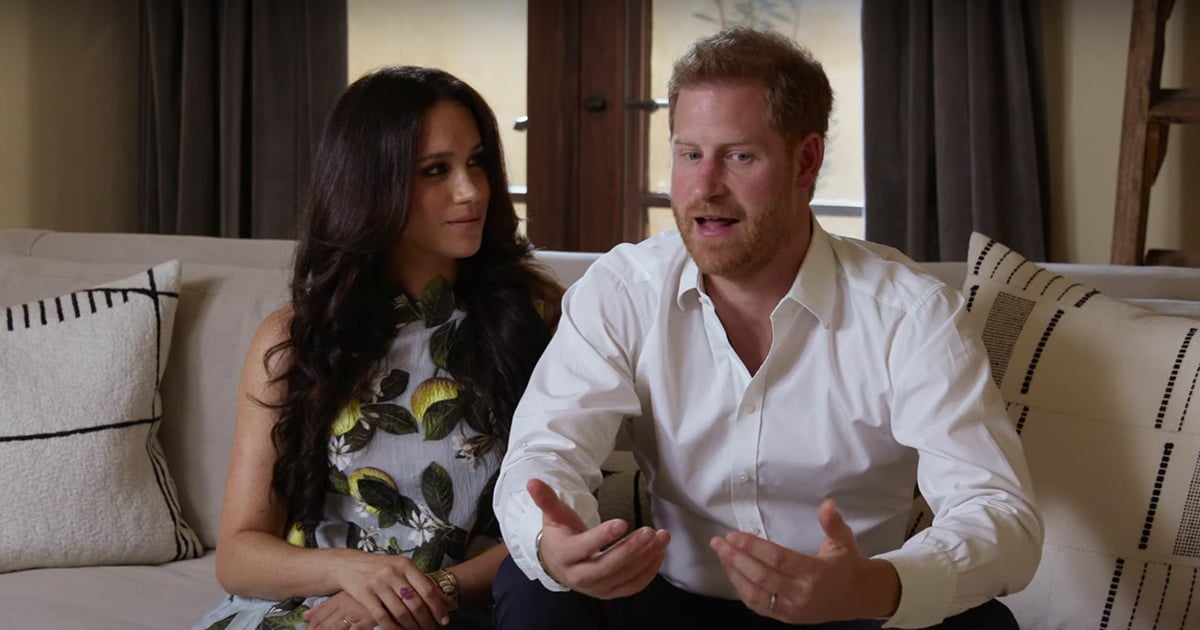 On Feb. 22, Meghan Markle and Prince Harry made a surprise virtual appearance at Spotify’s Stream On event, just a few days after officially stepping down from their royal duties, as well as announcing the couple was expecting their second child together. In a segment featuring Spotify’s podcasters discussing the power of podcasting, Meghan and Harry hopped on to briefly chat about Archewell Audio.

“We’re using podcasting to drive powerful conversations that inspire, challenge, and educate,” the couple said. “We created Archewell Audio to make sure that we can elevate voices that maybe aren’t being heard and hear people’s stories,” said Meghan, while wearing a gorgeous Oscar de la Renta dress adorned with a lemon print. Harry then continued, “And the biggest part of this is trying to create this community of where you can share, that will encourage everybody else to then share their vulnerabilities in that safe space.”

The royal couple’s multiyear partnership with Spotify and their newly formed audio production company, Archewell Audio, was announced last December. Meghan and Harry subsequently released their first episode, a holiday special, on Dec. 29, highlighting uplifting and inspiring voices, including the likes of Stacey Abrams, Rachel Cargle, Deepak Chopra, and of course, little Archie. Check out the couple’s adorable appearance above.