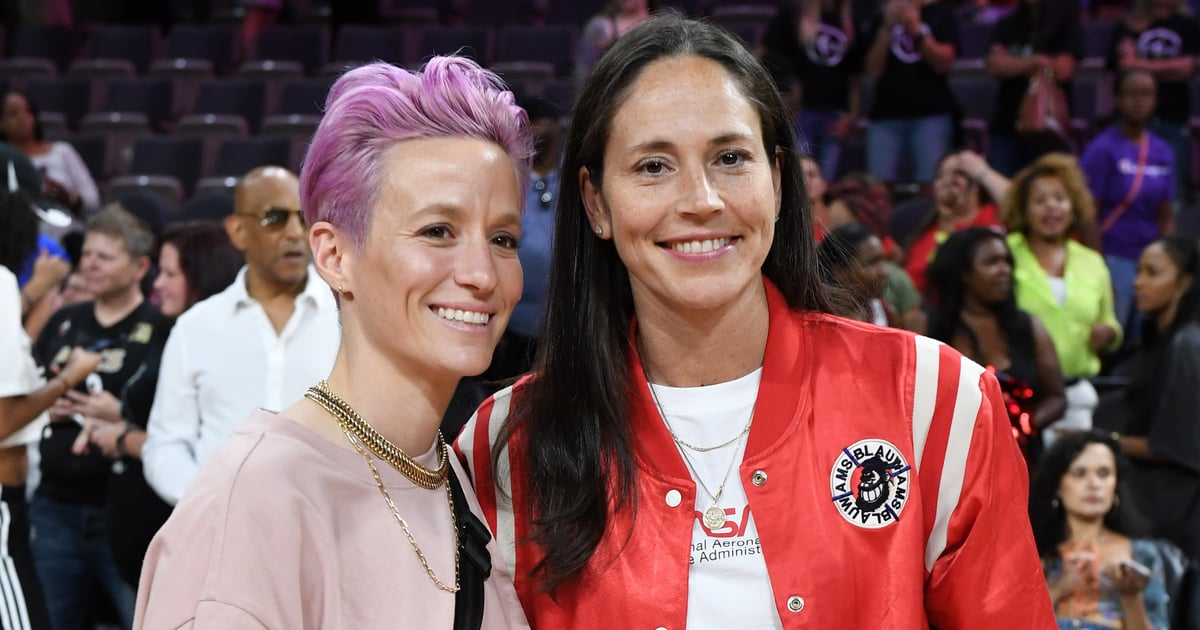 There’s no cooler power couple in sports than Megan Rapinoe and Sue Bird. Just a little over a year after Megan (who’s cocaptain of the US Women’s National Soccer Team) led her team to victory in the 2019 World Cup, Seattle Storm basketball star Sue helped dominate the 2020 WNBA Finals, and both times, the two cheered each other on from the sidelines. Ever since they hit it off at a sponsor event at the 2016 Rio Olympics, Megan and Sue have been making fans swoon, and together, they’ve gone on vacations, had celebrations, and even became the first openly gay couple to appear on the cover of ESPN The Magazine‘s iconic Body Issue. Check out the gallery for the cutest pics of these badass lovebirds over the years.