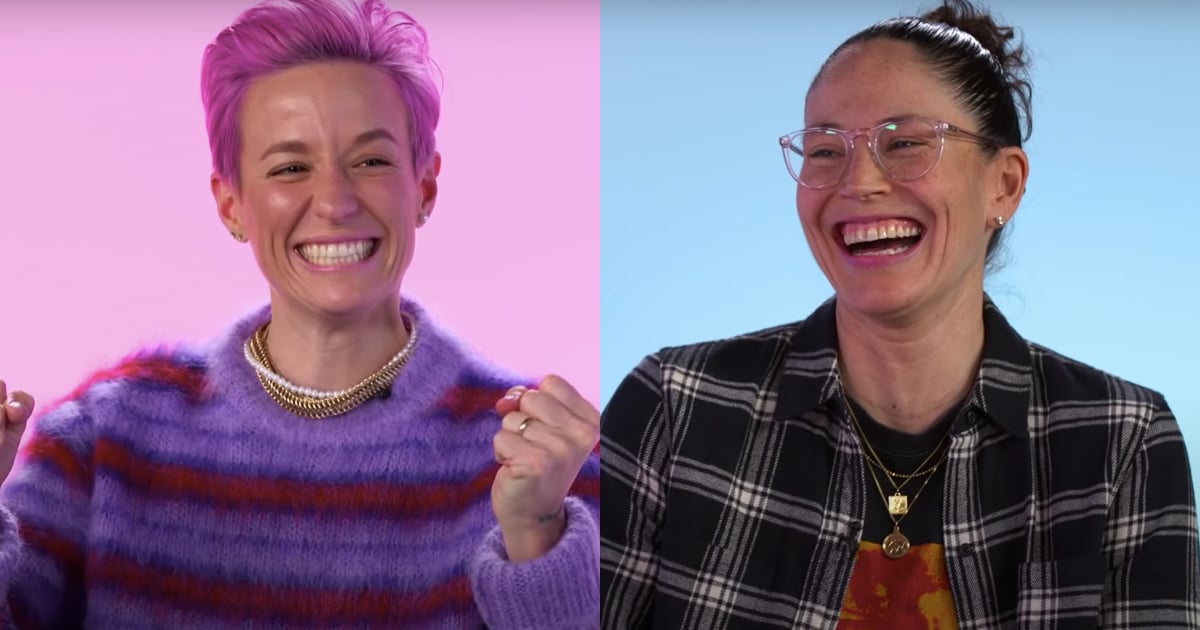 Megan Rapinoe and Sue Bird are easily one of the coolest power couples in sports, and they put their love to the test for a cute quiz. As part of their “Modern Lovers” spread with GQ, the recently engaged athletes asked each other a series of 43 questions to test their relationship knowledge. From childhood sports heroes to biggest fears, Megan and Sue proved they know each other pretty damn well — except when Sue hilariously spaced on Megan’s dad’s name, of course.

Sparks first flew for Megan, who’s co-captain of the US women’s national soccer team, and Sue, a Seattle Storm star, when they attended a sponsor event for the 2016 Rio Olympics. They’ve been giving us major heart eyes ever since, especially as the first openly gay couple to cover ESPN‘s Body Issue in 2018. Ever since they got engaged this past October, we’ve been anxiously awaiting their wedding — it’s sure to be an event fit for icons. In the meantime, enjoy their cute couples quiz above.