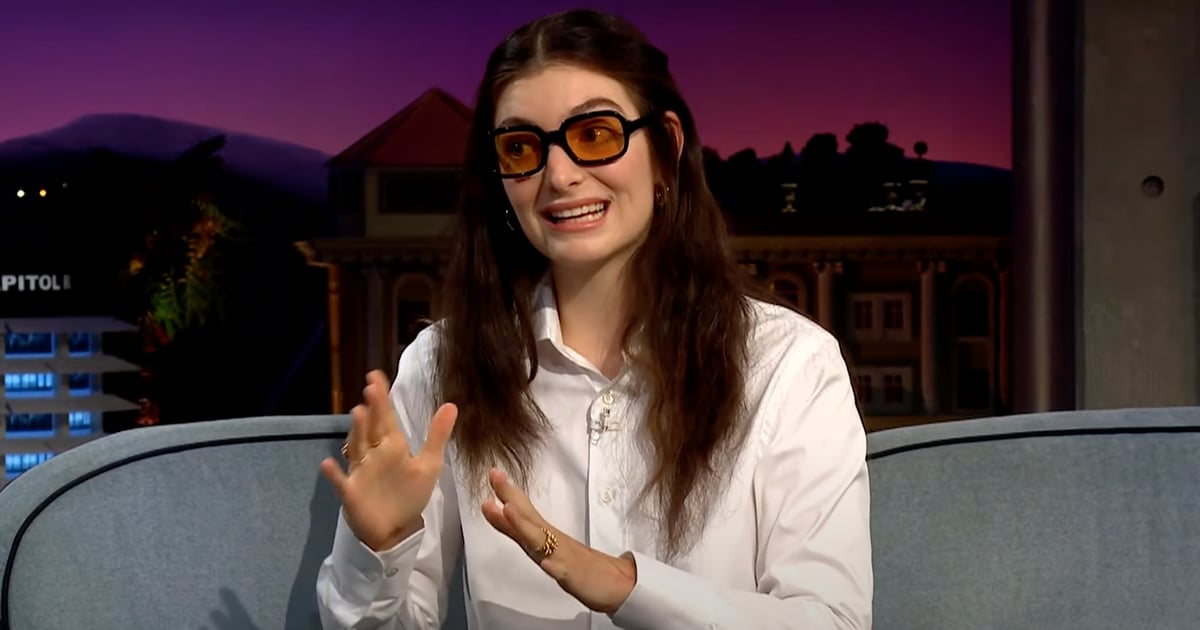 Lorde is back on our social timelines to promote her new album Solar Power, but don’t get used to it. The New Zealand singer-songwriter appeared on The Late Late Show With James Corden to chat with the host about why she decided to take a much-needed break from social media as a way to stop procrastinating, preserve her own original thoughts, and get back to songwriting.

“You’ve recently taken a massive break from social media. You’ve completely cut it out of your life,” Corden asked Lorde. “Why did you do this, was it difficult, and what do you do instead?”

“I did it because I thought my brain wasn’t working very well anymore,” Lorde revealed. “It was horribly difficult, hardest thing I’ve ever done, and still horribly difficult every day. It would be like stopping eating sugar, for me, I still eat tons of sugar and if I don’t have sugar I feel insane. And the first little while of not being on social media was totally like that. I was so crabby, I felt so disconnected, but it’s how my life is now. But I will say, the brain will make anything into a social network. I got rid of Twitter. I got rid of Instagram. I got rid of Facebook. I blocked YouTube, that was a big one, I was like ‘this is kind of a social network’. But now, my social network is the New York Times cooking app. So I go on the New York Times cooking app and I look at the comments and I’m like, ‘Oh, what’s this person saying’, and that’s become a source of community for me.”

Watch Lorde’s full interview for The Late Late Show With James Corden above.