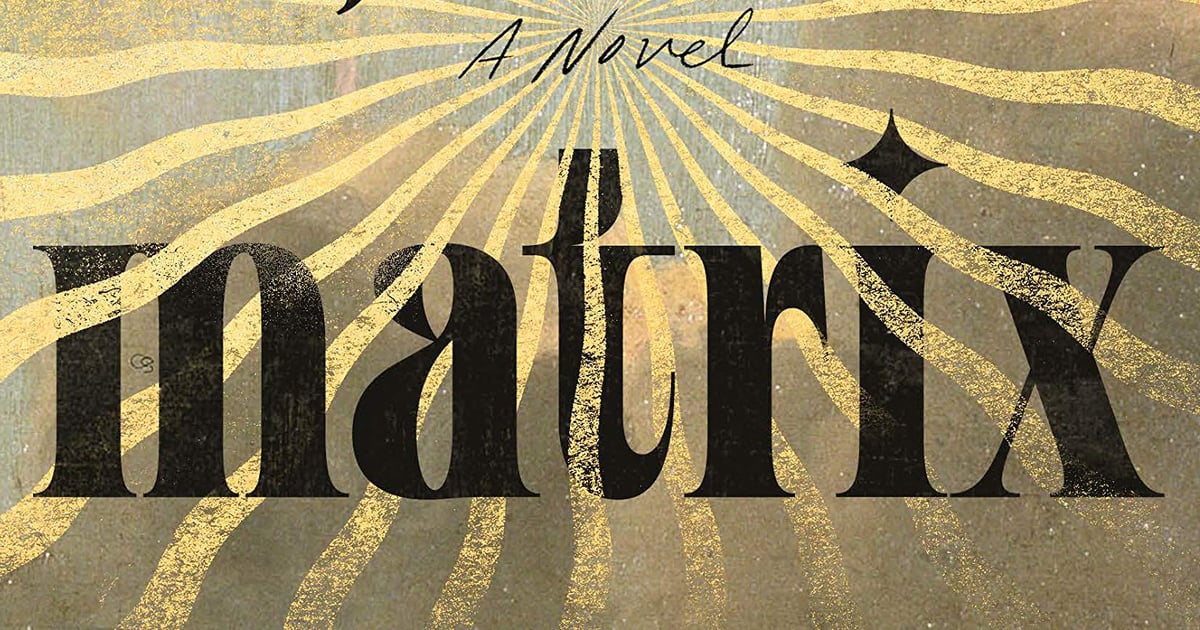 Lauren Groff’s Matrix (out now) opens on a bitter winter day in England, 1158. Nun-to-be Marie is alone, shivering, and riding out of the forest towards her new home, a “pale and aloof” abbey overlooking a valley leached of life. It’s a far cry from her previous life as a lady-in-waiting in the glittering Westminster court of Queen Eleanor, but Marie is the awkward bastard daughter of the queen’s father-in-law. She’d always been clumsy fit in the court, and the coldly beautiful queen, whom Marie secretly loved, was only too happy to get rid of her.

At first resistant to life in the poor, rundown abbey, Marie soon finds her calling. The scion of a family of female Crusaders, she rises quickly through the nuns’ ranks into a position of power, from which she molds the abbey into a kind of utopia where women find love, purpose, and protection. In this safe place, Marie can nurture her own power as well as her attraction to the women around her, imbuing the abbey with a quiet sensuality. Her ideas of Christianity, meanwhile, begin to mutate in curious and creative ways, her faith becoming an “angular, majestic thing” rooted in female freedom and her own technicolor visions of religious ecstasy. Those prophetic visions lead Marie to transform the world of the abbey and its surrounding land with feats of ingenious engineering: a labyrinth to keep the nuns safe; a dam to flower their gardens through winter.

“At its heart, the book’s message is simple: joy can exist in darkness. Greatness can bloom in small places.”

Medieval politics flow around and through the abbey, and Marie herself is a historical figure: Marie de France was the first published woman in French, and Groff incorporates images from her poetic “lais” (short, romantic works) throughout the novel. Eleanor, her queen and unrequited love, is Eleanor of Aquitaine, the queen of first France and then England in the twelfth century; her sons, Richard and John, both make brief, indirect appearances as the Crusades rage on and the power of England passes from hand to hand.

But Matrix is no history textbook. Wreathed in dreamy prose, the action is focused on the absorbing movements of the abbey and on Marie’s own visions, which have prescience far beyond their time. Yes, there’s a day-to-day tranquility to the novel, but it’s woven alongside fierce, primal feminism and a sly, budding blasphemy that produces a starkly modern sub-religion focused on the women and their physicality. Marie and her nuns are far ahead of their time — and in many ways, our own. (Incidentally, “matrix” comes from the Latin word for mother; its archaic meaning was “uterus.” There’s no doubt, in this novel, who holds the power.)

The novel tracks to Marie’s life, winding down and growing more twistingly visionary as she approaches death. History swallows up her brief time in power, but Marie’s accomplishments feel anything but trivial. At its heart, the book’s message is simple: joy can exist in darkness. Greatness can bloom in small places.

“For this community is precious, there is a place here even for the maddest, for the discarded, for the difficult, in this enclosure there is love enough here even for the most unlovable of women. How short and lonely Gytha’s life would have been, an isolate lost in the cruelty of the secular world. How much less beauty she would have brought into this flawed and difficult life if she had been forced to be without her sisters who loved her.”

You’ll want to get swept up in Groff’s lyrical medieval setting, but it’s helpful to keep Google close by. She mixes in church-specific terminology and hints of historical figures and events without much explanation, so some quick research can help provide context.

Sarah Dunant’s The Birth of Venus — Matrix features the same heat, passion, and power of female characters ahead of their time. There’s also a bit of Kazuo Ishiguro’s The Buried Giant in the ethereal medieval setting and tone.

How Long It Takes to Read

Matrix is a manageable 257 pages, but it can make for complex reading, so give yourself about a week to read.

In Lauren Groff’s Matrix ($15), a misfit nun turns a medieval abbey into a haven for love, purpose, and passion, in a dreamy and determined tale of full of fierce feminism, pagan-tinged magic, and unexpected power.