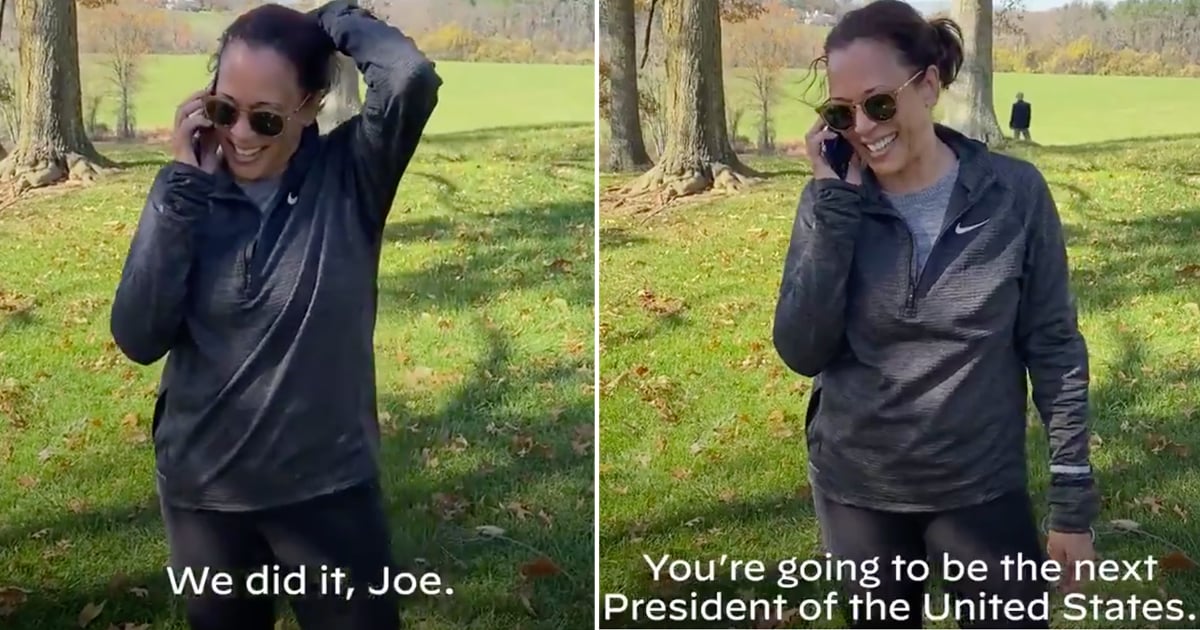 Joe Biden and Kamala Harris are officially the president-elect and vice president-elect! Their election victory was confirmed on Nov. 7, and Kamala made sure to give her running mate a call to celebrate. The California senator and soon-to-be VP shared an Instagram video of her chatting with Joe over the phone, saying, “We did it. We did it, Joe! You’re going to be the next president of the United States!” Who knew an eight-second clip could be so joyous?

The results of the election rolled in shortly after 11 a.m. ET after Joe and Kamala won the popular vote and electoral votes in Pennsylvania. Stars and political leaders have since taken to social media to express their excitement, and citizens are taking to the streets to revel in the news. The triumph is a pivotal moment in history as Kamala will become the first woman and the first person of color to be vice president.