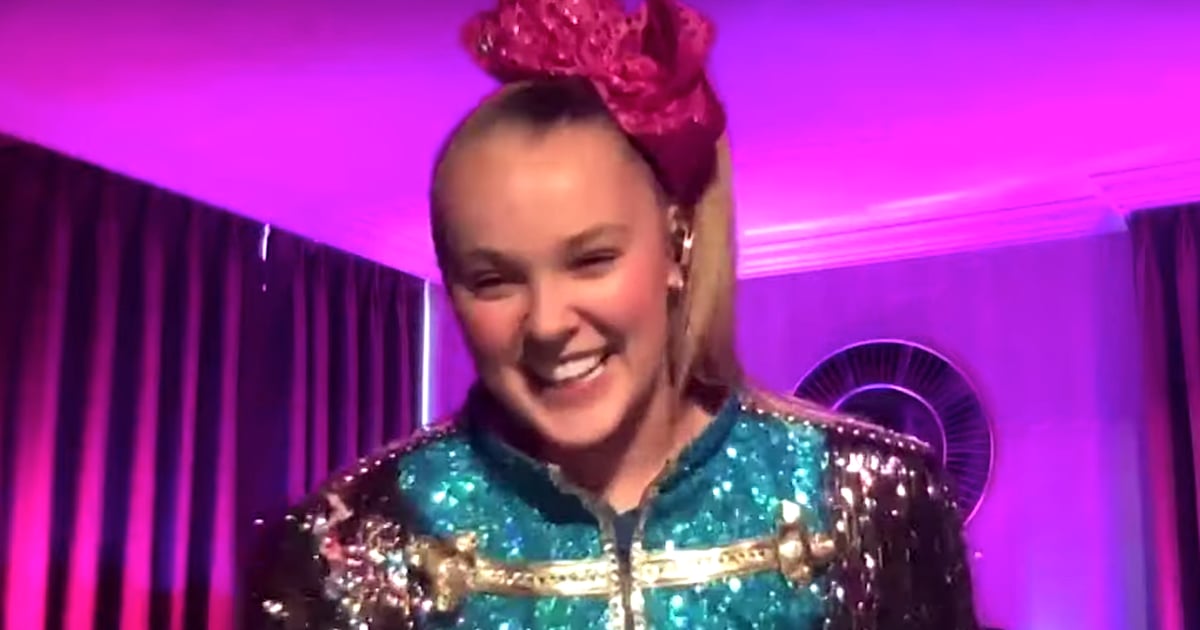 Nearly two weeks after coming out as a member of the LGBTQ+ community, JoJo Siwa is reflecting on the outpouring of support she’s received since sharing the news. During a Tonight Show appearance on Wednesday, the 17-year-old performer revealed to host Jimmy Fallon that she’s off the market and has “the most amazing, wonderful, perfect, most beautiful girlfriend in the whole world,” who was “super encouraging” about her decision to come out.

Fans began speculating about JoJo’s sexual orientation when a member of the TikTok Pride House shared a group dance video with her and captioned the clip, “Now your one of us!!” The former Dance Moms star confirmed the rumors two days later when — in the middle of a FaceTime session with her long-distance girlfriend — she posted a photo of herself wearing a T-shirt with the phrase “Best Gay Cousin Ever” printed on the front.

In the days that followed, millions of fans flooded her social media accounts with supportive messages. “It was the most love I think I’ve ever received,” JoJo said. “And the coolest thing about it was it was just me showing the world the last little piece of me that they haven’t seen yet.” She acknowledged that while the reactions to her announcement were overwhelmingly positive, not everyone in the LGBTQ+ community has a similar experience. “My thing with ‘coming out’ is it can be a very scary thing. Of course not everybody in the world is going to accept it right now, but there are so many people that are . . . Even if there’s a million people that don’t accept it, there’s 100 million that do, and I think that’s something really important.”

“Now I get to share what makes me the happiest in the world.”

JoJo added that her choice to come out was “a really big risk,” but it was one she was more than willing to take to achieve true happiness. “If I lost everything that I’ve created because of being myself and because of loving who I love, I don’t want it,” she said. “I’m just so happy because now I get to share what makes me the happiest in the world, and it makes my heart so happy.”