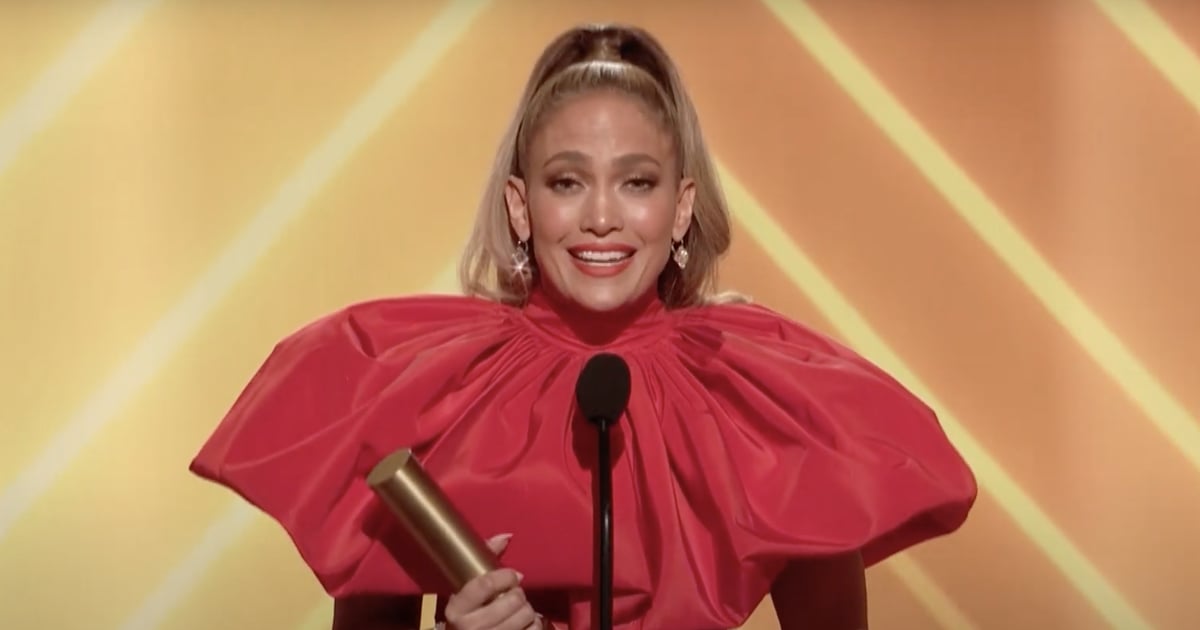 Jennifer Lopez used to have a little, and now she has an icon award. On Sunday, the 51-year-old star accepted the coveted trophy at the People’s Choice Awards. After hearing a few celebratory words from her 12-year-old twins Emme and Max, as well as Renée Zellweger and Nicole Kidman, the “Limitless” songstress reflected on her illustrious career and journey to becoming a renowned singer, actress, and media mogul. “I approach my work and my career the same way that I approach my life,” she said, rocking a voluminous Christian Siriano dress. “I lead with love, I feel with my heart, and I always try to speak with truth in telling stories, singing songs, and performing. I do so with the purpose of bringing a little happiness, creating beauty, and inspiring others to do the same.”

E! News first revealed that Jennifer would be the award recipient in September, citing her Emmy-nominated Super Bowl halftime show and her role in 2019’s Hustlers as recent standout accomplishments. “Jennifer Lopez has an unmatched global appeal and for more than two decades, has given us some of the most iconic, unforgettable performances of all time,” the outlet said in a statement. “For paving the way for artists around the world and single-handedly increasing Latinx representation in music, film, television, and fashion, we’re honoring Jennifer Lopez with The People’s Icon of 2020.” Watch Jennifer’s acceptance speech above.