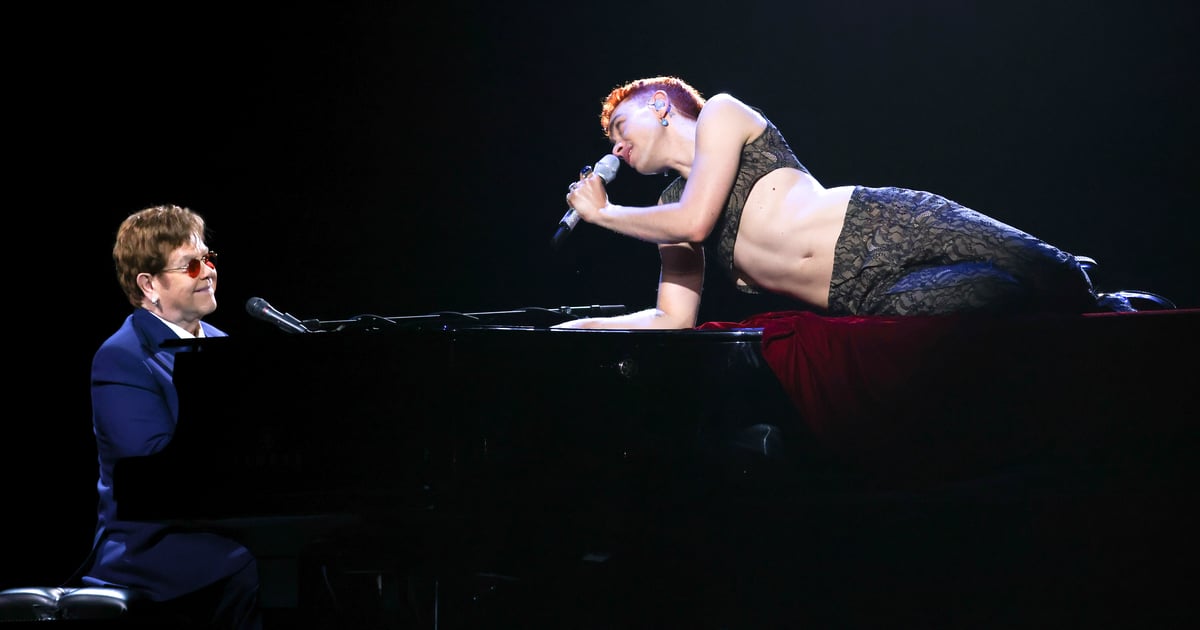 It’s a Sin star and Years & Years singer Olly Alexander performed at the 2021 BRIT Awards ceremony with none other than Sir Elton John, performing the show’s title track by the Pet Shop Boys.

Elton John and Olly Alexander’s charity single “It’s a Sin” is in support of the Elton John AIDS Foundation, which will be celebrating its 30 year anniversary in 2022. The performance was absolutely spectacular and a delightful treat for Eurovision fans, featuring dramatic singing by Alexander, piano instrumentals by John, and an accompanying dance track with camp and confident dance moves.

Alexander took the stage in a black lace co-ordinated set with a crop top and bell bottom trousers, while John wore a classic navy suit with his signature rose-tinted glasses. Keep reading ahead for a closer look at Elton John and Olly Alexander’s powerful performance of “It’s a Sin” from the 2021 BRIT Awards.