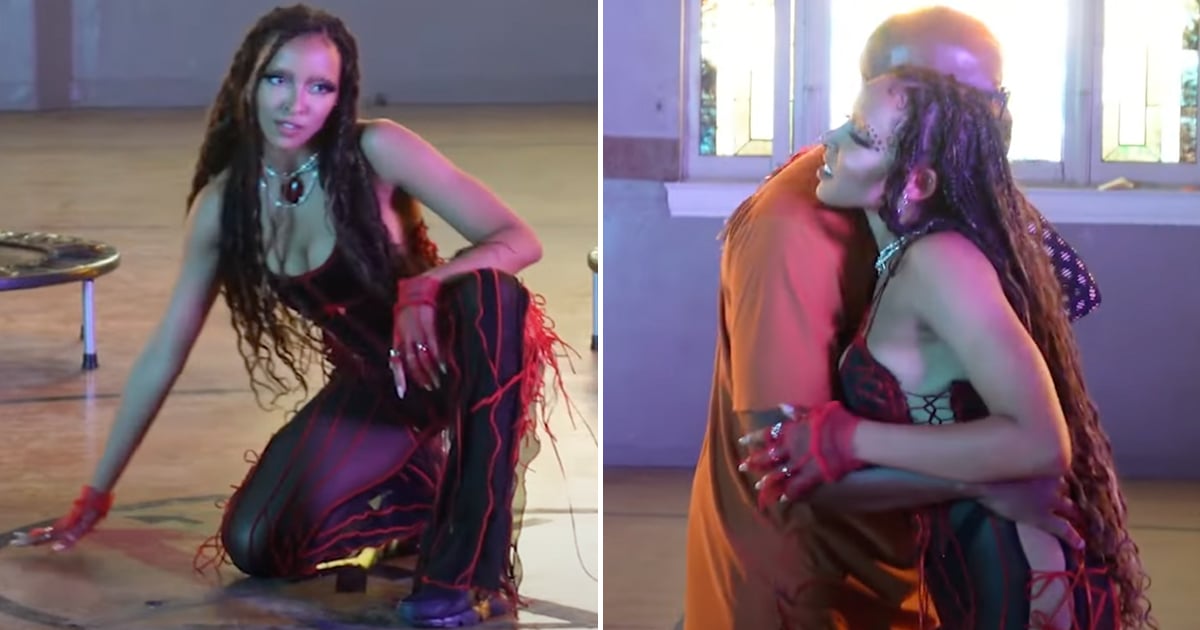 As if we needed another reason to be mesmerized by Tinashe’s “Bouncin” music video, she just shared new behind-the-scenes footage that has us feeling 10 times more in awe of her talent. In a clip compilation she shared across social media on Aug. 27, fans get an inside peek at her creative process and determination as she crushes the challenging dance choreography atop a mini trampoline — in a corset, no less.

In addition to a few fun candid moments, like Tinashe fangirling over her own makeup, we also catch a glimpse at the artist’s dad, Michael Kachingwe, adorably supporting her on set. “It’s so physical,” he says in amazement as Tinashe films her music video. “I think it’s the most physical that I’ve ever had to sit and watch.” Yep, that sounds to us like he’s been on set with her more than once, which is about the cutest tidbit we’ve learned all week. Watch the full video above to see just how much work went into Tinashe’s latest music video masterpiece.