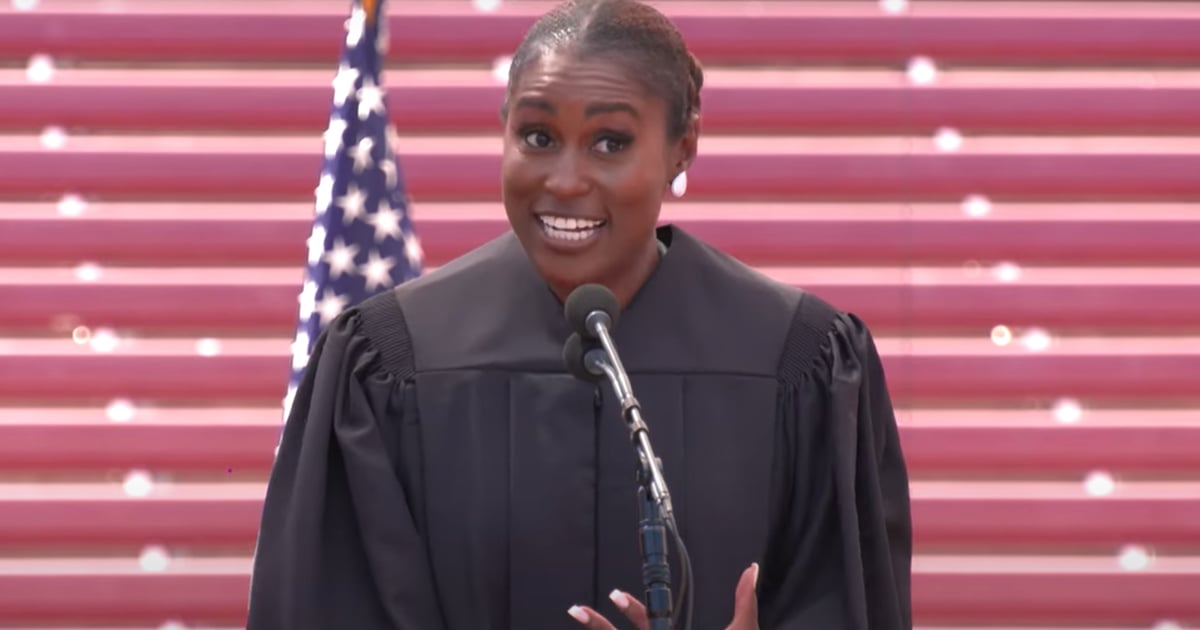 Whew, Issa Rae had one heck of a busy weekend! Just one day after wrapping up filming of Insecure‘s fifth and final season, the actress, writer, and producer delivered the commencement speech at Stanford University, imparting words of wisdom, rap-song references, and plenty of jokes on the 2021 graduates in attendance. She kicked off the address with her usual humorous flair, exclaiming, “You f*cking did it!,” before declaring, “I’m both delighted and terrified to speak here at my alma mater and what is hands down the best school in the world. I can say that because I’ve been to every school on earth, so you can trust me.”

Issa, who graduated from Stanford in 2007 with a degree in African American studies, used her speech to explain how the community she built at the school helped her pursue her Hollywood dreams. While recalling memories from her own college graduation ceremony, she cited Oprah Winfrey, Diddy, and Ellen DeGeneres as her “core three inspirations” at the time, adding, “This was 2007, so chill on me.” Hah! She went on to dissect the first verse of Boosie, Foxx, and Webbie’s “Wipe Me Down” and call out how the lyrics provide relevant life lessons for graduates, first prefacing, “Mind you, a lot of this will be a reach, but so were most of the papers I turned in here, so just bear with me.”

“Go claim what’s yours like the VIPs that you are.”

She wrapped up her remarks with a memorable message that deserves its own billboard. “Don’t forget to ask yourself what you can offer to make the club of life go up, how you can make this place better in spite of your circumstances, and as you figure those things out, don’t forget to step back and wipe yourselves down, wipe each other down, and go claim what’s yours like the VIPs that you are,” she said. Watch Issa’s full address above, and get ready to feel inspired to take on the rest of the week.